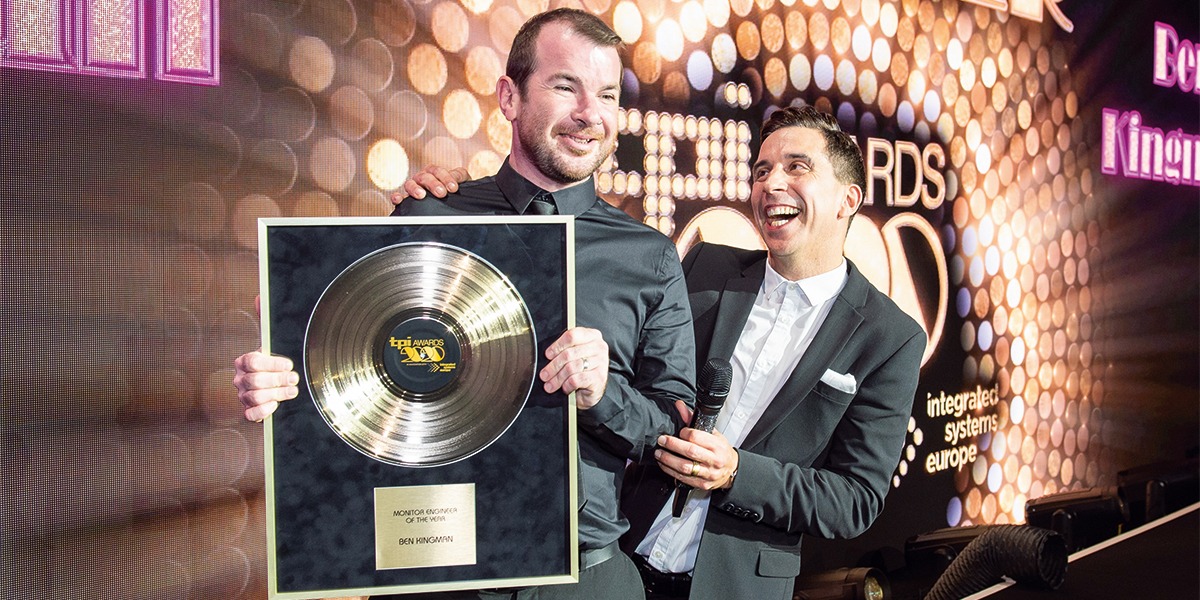 When did you first become interested in live events?

“I played in a few dodgy bands in my youth but I found myself more interested in the technical side of music. The first time I went to a music festival, I was hooked. The scale of it blew my mind. I didn’t really know anything about the career options at that time; I just knew it was something that I wanted to be involved in.”

What attracted you to a career in monitor world?

“I cut my teeth in a little 200-capacity venue in Cardiff, Wales, called Clwb Ifor Bach. For a small venue, it was unusually equipped with a monitor position and I really enjoyed the buzz of being at the stage end. As my experience and the size of the events grew, I realised I loved the hustle and logistical challenges as much as the mixing.”

What has been your biggest career highlight to date?

“My favourite shows have been Bastille: ReOrchestrated. These shows culminated in a Royal Albert Hall, London performance where we had to max the desk inputs and outputs. It’s not by any means the biggest, but it was probably the most technically and creatively rewarding show that I’ve been involved in. As far as the craziest goes, Dick Clark’s New Year’s Rockin’ Eve in Times Square, New York. Just being there was incredible!”

What advice you would give to up-and-coming monitor engineers?

“Grow a thick skin, keep it as simple as possible, and make sure that your workflow is fast. It’s also important to realise that you’re not mixing for you, so having a big ego is not helpful. I’ve found that a lot of people want or need to hear things that sound extravagant, but it’s important to interpret the artist’s language and requirements above all else.”

What was it like to walk away with the gold disk at  TPi Awards 2020?

“Unbelievable, really. I’d never expected to be nominated, let alone win. It was great to be nominated alongside Paul Cooper, who I’ve been working with for the past seven years. When they announced him as the winner of the FOH category, I was so excited for him, I almost missed my name coming up! It felt great for us both to be rewarded at the same time… It still feels surreal.”

What have you been up to during self-isolation?

“I’m not sure when our industry will return to anything like normality, but I can’t wait to get back to it. As the adage goes, ‘you don’t know what you’ve got until it’s gone’. I’d like to say how productive I’ve been, but hey, I’ve dusted off my Playstation, that’s for sure. I’ve also been watching a lot of webinars, dreaming of the golf course and hunting down flour in supermarkets like it’s some sort of mythical substance. Follow the guidelines and stay safe everyone!”