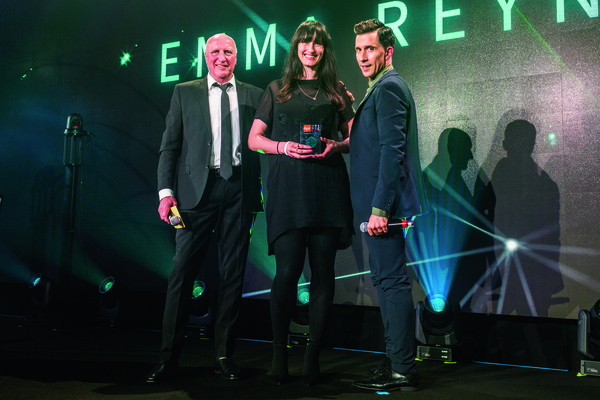 How did you initially get into the industry?

“I’ve wanted to do this ever since I went to my first festival, Monsters of Rock, at Donnington in 1992. I had absolutely no idea how! After going off to university some years later to get a degree in Marine Biology, I ended up getting my break into the industry through a friend I had met on a snowboarding holiday – Gill Tee from Entertee.

“The Hop Farm festival was about to launch its first year around the time we met and Gill asked me to come and work in the artist liaison team. At the time I was working in the skateboard industry and was used to dealing with the professional athletes, so the crossover wasn’t too big of a leap. After a lifetime of gigs, I really enjoyed the experience of seeing how everything worked behind the scenes.

“A few months later, Gill took a chance on me and I took the plunge into music-based events. I ended up working on the Hop Farm festival every year after that, until its sad demise 4 years later. Each year my role had grown and I really found my feet with technical production and stage management, which was the part I was instantly drawn to learning about.

“At Hop Farm I got to work with some huge and legendary acts such as Bob Dylan, Eagles and Morrissey. The festival even hosted the only ever UK festival performance by Prince. It was an amazing opportunity to learn the craft while also working with some of the biggest music acts in the world.”

You have work in various roles, what’s been your most challenging to date?

“Since starting in the industry I have tried to keep my skill base as varied as possible. I feel like having all-round experience really helps when you work in a specialised role like technical production and stage management. I took an AutoCAD course and progressed to teaching myself 3D CAD, which was a bit of a brain-frying experience, but one that was so rewarding and has been really useful to have on so many projects. My most challenging role to date is definitely Glastonbury, where I production manage both the Pyramid and Other Stages. It’s such a huge event and working on such an iconic stage like the Pyramid is a constant challenge that requires an incredible amount of time and dedication.

“We have really complex productions coming in each day of the festival and acts who are second and third on the bill would be headlining at any other festival. Making all the parts fit and doing everyone’s show justice takes a lot of planning and a lot of sleepless nights! All the stress is more than worth it when you see it come together though; I hope that feeling never gets old.”

Why is this job in particular so important to you?

“I first went to Glastonbury over 20 years ago and literally thought it was the greatest place on earth! I would be so happy to be working at Glastonbury in any capacity, but to be working across the 2 biggest stages at the festival, managing all of the artists’ production and to be in a position to really push the production levels forward year-on-year, really is a dream come true for me. I am very grateful to the Glastonbury team for taking a chance on me and giving me all of the opportunities they have.”

You won the TPi Stage Manager of the Year award in February, what does it mean to be recognised?

“Winning this year was huge for me! Firstly, to even be nominated was amazing and such a nice surprise. Then when I made the shortlist and I couldn’t believe it! The other names on that list were legendary stage managers who I’ve looked up to for years. To have my name up there on a list with them was pretty surreal. But to actually win on the night was such a great feeling and something I am very proud of. I don’t want to harp on about women in production, but there aren’t too many females in technical and stage-based roles, particularly on larger productions, so to be recognised at that level was really special for me.”

You must have had lots of career highlights, but what do you still want to achieve?

“Something I’d really like to do at some point is to be at the helm of a huge, super-complex world touring production. I love having to be really detailed and relish a challenge. I also really enjoyed my stints on the road with Metallica these last few years.

“My main goal at the moment is to evolve my role at Glastonbury as much as I can with the existing team. Most of the team I work with at Glastonbury are really well-established and some of them have been there for over 20 years; I would consider it a real achievement to be able to look back over a 20-year career at Glastonbury and see how far how far we had been able to take the production levels during that time.”

‘I’m deflated about how the industry has returned to work’ – TPG Chair, Wob Roberts