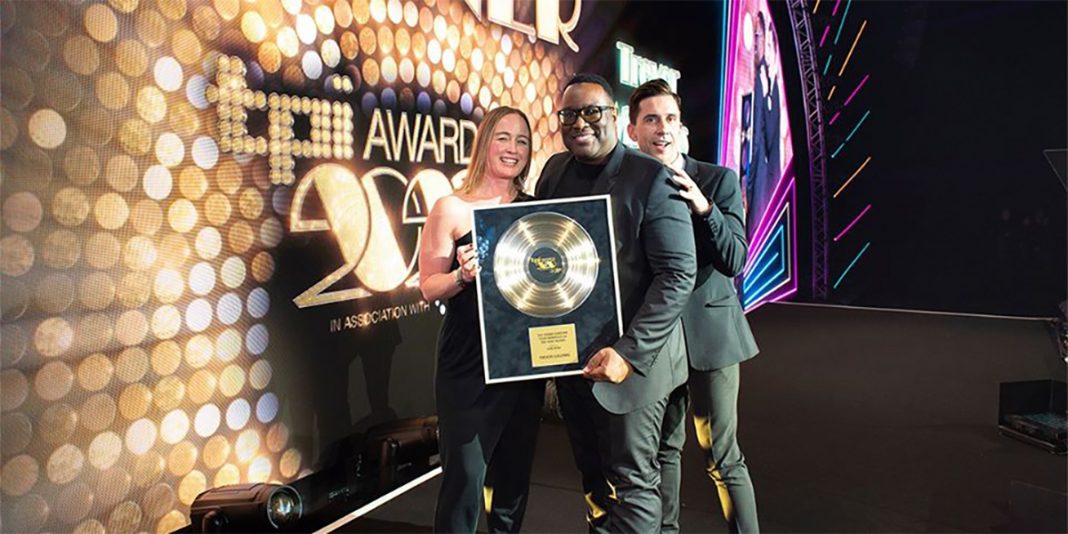 How did you come to form Tour Music Live?

“I’m from a church background and managed a gospel choir that put on live concerts. I had my first taste of the mainstream music industry when a friend called me to production assist three artists at MTV’s Brand New in 2011. After that, I began working as a Tour Manager for Wretch 32. In May 2015, I had built up a roster of artists that include, Stormzy, Dave, Wretch 32 and Grace Jones, to name a few, so I established Tour Music Live, which specialises in tour and production management, as well as artist development for live shows.”

What are your touring highlights so far?

“Wretch 32’s 2016 headline show at Kentish Town Forum was special, because Bronski [TAWBOX] and I were trusted on a creative level. It was a turning point for the UK rap and grime scene, as one of the first shows with a good level of creativity and production. Stormzy’s GSAP Tour in 2017 was also a highlight; the tour was sold out with three Brixton Academy shows – a first for any grime artist – and to play a part in the process was amazing. It goes without saying, Stormzy’s headline set at Glastonbury was iconic, and I’m not entirely sure there’s a bigger highlight than that.”

Having provided a platform for some of the biggest artists on the circuit, how did it feel to play an integral part in the explosion of the UK grime and rap scene and how has the company evolved to cater for the growing demand?

“The artists play their part first by writing great tracks alongside great producers, which then gives us and TAWBOX the opportunity to bring that to life on stage. There’s nothing better than gaining that understanding and trust from the artist and management that they can have a full production show just as pop artists do and it’s about investing in your show as that’s what plays a part in the growth of an artist, the stages and slots an artist plays at festivals, larger fees and we will deliver those shows on all levels.

“I believe that where we have delivered to a very good standard and consistently for the past few years, to a point where we are getting more and more recognised for our work and not just from the UK grime and rap scene but now the pop world, both here in the UK and US, are now having those different conversations, which has lead me to further expand the company. However, with the expansion, I will 100% want to maintain the core values of Tour Music Live, as well as attention to detail and that personal touch with each artist so they continue to feel like they are the only band we work with. The day I lose that, will be the day Tour Music Live shuts down and I have no intention of that happening.”

A few weeks ago, the music industry spearheaded #TheShowMustBePaused campaign – as a proudly black-owned company, how receptive has the music industry been to diversity regarding artist management and those involved behind the scenes?

“Winning TPi Tour Manager of the Year twice in three years (2017 and 2019) has been a career highlight and a very proud moment as I was surrounded by my peers, clients and team. I was, however, one of few black men in the room, beyond the catering and security at the venue. This is echoed in every aspect of the live music industry and has fuelled my passion to break down the barrier faced. I recognise that I can influence and shape a sector that was previously fuelled by nepotism.

“I have a highly skilled and talented team that includes exemplary black professionals that would otherwise be ignored by the industry. I know what it feels like to be blocked and excluded, so diversity is a big issue for me. #TheShowMustBePaused campaign provided a focus on the barriers faced by our talent and the black square taken on by many as it was a shared sentiment in other sectors. I have experienced institutional racism and seek to protect others from this, by providing them with fairer access to opportunities. In 2018, venue staff ignored me when I parked backstage with my classical artist and crew. The event manager soon arrived, bypassed me and introduced himself to a white crew member and excitedly said: ‘Hi Trevor, good to finally meet you.’ There is still a huge need to address micro aggressions and industry blockers.”

Have you seen any dramatic shifts in the landscape since the arrival of the movement?

“I am now having regular and transparent dialogue with those who want to diversify their workforce and provide resources for young people to enter with no barriers. I acknowledge the support that I have around me and understand the impact I have as a role model to my peers and young people. It’s now time for action. I’m not talking about putting black people in roles to fill a quota, but putting us there because we are good and want to progress. I am one of very few black tour and production managers here in the UK, but I would love to see more.”