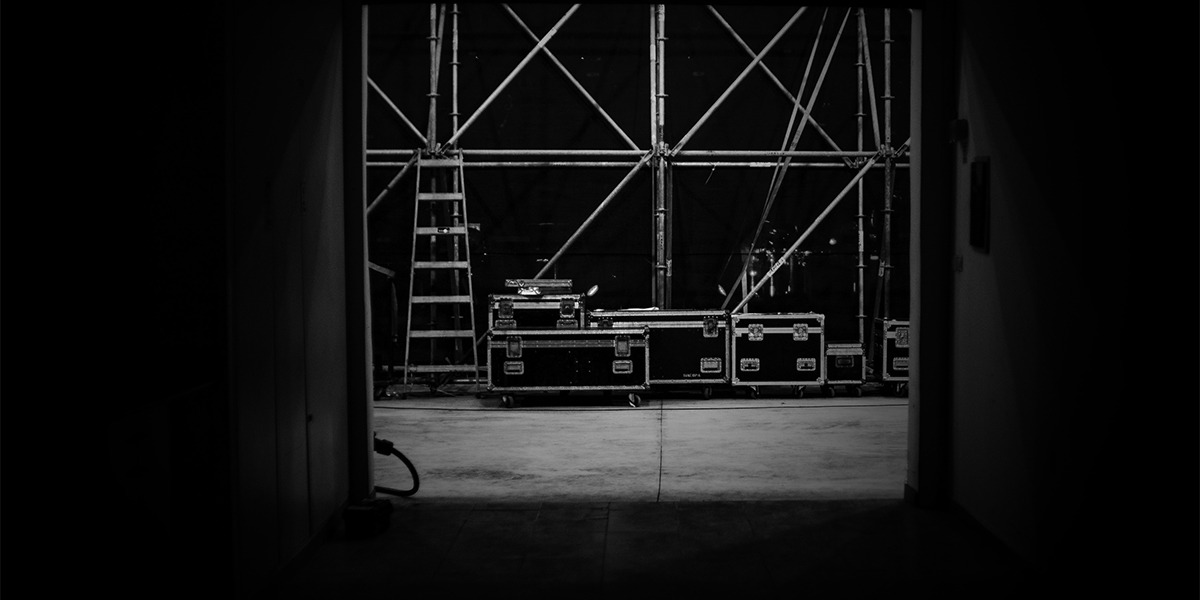 Viable jobs. Remember those? Companies formed to make things or provide services that took people on to help them achieve their goals. The revenue generated then went towards paying those people; they were called wages, fees, salaries and so on. We had lots of viable jobs; we still do – we just don’t have a viable industry to serve with them and that’s not really our fault.

Our generous Chancellor has designed a support system for viable jobs. It’ll work for some, but it certainly isn’t a fix for those employed in a sector that is crawling from remaining project to remaining project, delivering a few positives, days or weeks here and there for our under-engaged freelancer pool. We await news of the support for those businesses and jobs rendered unviable by the close down of our sector. We’ll hear of the success or failure of companies’ applications to the Culture Recovery Fund by 5 October (which has now been postponed by a further week); we’ll also start to get wind of project grants that may well subsidise events that create work, with the fiscal gaps created by social distancing plugged by Arts Council support. We wait, then we comment.

While we’re waiting, we don’t sit idle. Stagehand, the original industry welfare and benevolent fund, founded by PSA members over 20 years ago, recently launched fundraising efforts to create a COVID-19 Crew Relief Fund. Raising £50k within days, the fund was bolstered at the end of September with a £100,000 grant from the PPL Performer Board in a gesture worth more than money alone – a sign that they recognise the need for the music industry to throw a line to those with the greatest need. The trustees were moved; this one got something in his eye. Conversations with management companies have led to further donations as well as fundraising offers that will lead to a fund opening for applications in October.

One part of our sector that has already had success is Grassroots Music Venues, given a much-needed emergency fund along with the opportunity to apply for general funding, proving that the money was not only aimed at the ‘high arts’. The Music Venues Trust, the charity that works for those venues, is plotting the growth in activity in the Grassroots sector, encouraging a positive approach to getting their particular sector up and running. Of course, every venue with activity should need at least one person pushing buttons, so there’s a glimmer of hope.

The quest for support also continues, with the three key industry groups in the shape of LIVE, Business Visits and Events Partnership and Events Industry Forum constructing evidenced reports and considered asks for the sector-specific support that is writ large in parliamentary records. These groups are the voices that we add to, rather than adding to the noise in the echo chamber.

It’s worth considering Government’s current reasoning behind its approach or lack of support for our sector. It is safe to say that there’s certainly recognition of our part in the cultural ecosystem, that doesn’t always lead to the kind of support that we feel that they need. With a Government that believes in less Government intervention, their mantra of getting us back to work is evidenced by the maintenance of our place in stage four of the road map to cultural recovery (socially distanced events allowed, indoors and outdoors) while the country as a whole is placed on a higher alert level. How many local lockdowns does it take to make a national lockdown, by the way?

However, all that hard work that they’re doing to get us back to work seems to unravel in the face of local authorities and their public health officials arbitrarily banning events that have complied with all guidance and requirements. The most high-profile cancellation, Boat, in Southampton lead to an urgent meeting with DCMS officials for explanations and solutions. It seems that local public health officials are now being briefed in a more supportive, enabling approach to organised gatherings. Cancelling a well-organised event only hours before doors, citing the risk posed by attendees arriving from all over the country when the attendees are already in the city, which was just about to welcome back students to its two universities… believable explanations were hard to come by. Belief is further suspended by Southampton Council’s decision to suspend all permission for events on Council property for the rest of 2020.

In the midst of all the steps forward and leaps back, do we really have any viable jobs that fit into the support offered by the Chancellor? If the answer is ‘no’, we need to focus on the viability of the sector as a whole, looking at the constant growth curve across the cultural divide, illustrating the growth in our sub-sectors such as live music or outdoor events. We’re not a sector that was suffering before the pandemic, we’re a sector that was delivering profit and wages, taxable income that, if supported now, will bounce back, repay its investment and support the economic recovery. An investment in our sector that supports businesses and our skilled self-employed worker base is a viable proposition. In our case, past performance can be an indicator of future returns, whether it be the undeniable link between live music touring or the impact that events have on business through exhibitions, conferences and product launches. We’re a country that, like it or not, is keen to reposition itself on the world stage. Events, entertainment and a vibrant cultural economy will be key to our future success; messages amplified, ideas illuminated, images magnified – it’s what we do.

It’s easy to say that, whatever remains in terms of kit and people will be something to rebuild with, but such an integral part of the UK’s economy, its outlook and its future shouldn’t be expected to crawl back to the starting line; we need to be in the blocks, ready for the starting gun. This is the message for Government, an investment in a viable proposition that will deliver benefits beyond repayment.