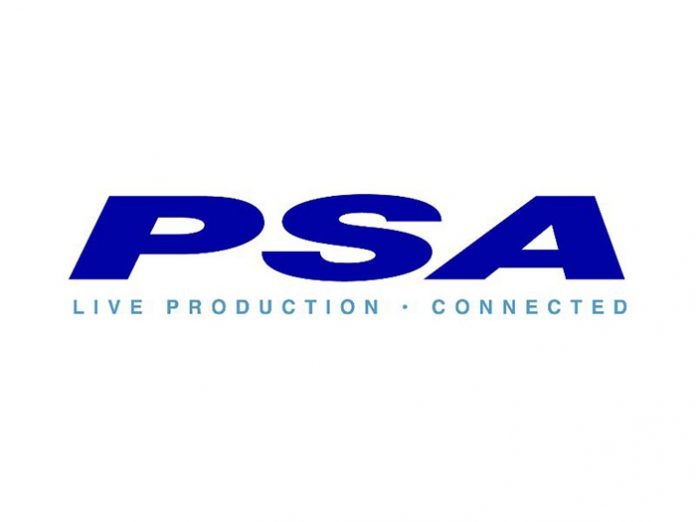 Production Services Association (PSA) has detailed highlights from a General Debate in the UK House of Commons on the cultural and entertainment sectors:

“LIVE, the group of trade associations representing the UK’s live music sector (with the PSA representing production) has been working tirelessly, with the support of the Blakeney Group, on briefing MPs before numerous meetings and debates, ensuring the industry’s asks are communicated clearly. Yesterday evening a General Debate was held in the House of Commons on COVID-19 and the cultural and entertainment sectors.

This was a COVID-19 related debate brought forward by the Speaker to give backbench MPs an important opportunity to contribute on the matter. There was no vote or reply from the ministers.

“We thought it might be useful to highlight some of the points made. Encouragingly, LIVE was recognised in the debate and many of the key asks were highlighted by members from across The House”

Julie Elliott MP (Labour, Sunderland)
In 2019, the entertainment and cultural sectors contributed £10.5bn and over 200,000 highly skilled jobs. The trade body for live music has reported income near zero since the start of the pandemic.

James Sunderland MP (Conservative, Bracknell)
Live music contributed £4.5bn to the economy, supporting 210,000 jobs and £1.6bn in VAT receipts. This all too valuable to keep closed. We, therefore, need an extension on 5% VAT rate, a Government insurance scheme, and extension of business rates relief beyond April 2021.

Jo Stevens MP (Shadow Secretary of State for Digital, Culture, Media and Sport)
The industry faces a VAT cliff edge at the end of the month, this should have been clarified by the Government well before tomorrow.
I hope the Chancellor will heed Labour’s call to continue the VAT rate of 5% on tickets. The scheme could not be used by many with the closure as a result of restrictions.
VAT is another example of the Government’s lack of understanding of the sector’s problems

Julian Knight MP (Chair of the Digital, Culture, Media and Sport Select Committee)
My committee has recommended Government extend the 5% VAT cut on ticket sales until 2022, up until now events, without selling tickets, have been unable to benefit from the reduction.

Tracy Brabin MP (Labour, Batley and Spen)
I would like clarification on whether the extra £400m will result in a hike in VAT before the sector returns.

Colum Eastwood MP (SDLP, Foyle)
In terms of venues, the reduction in the VAT rate for ticket sales could be extended to help venues through this difficult period.

Scott Benton MP (Conservative, Blackpool South)
I’ve been told my numerous businesses how crucial a reduction in VAT has been. Extending this for a further 12 months will give them the breathing space to drive forward the economy and protect livelihoods beyond furlough.
The same can be said for extending the business rates freeze.

Gill Furniss MP (Labour, Sheffield Brightside and Hillsborough)
Simple steps such as extending the 5% on VAT would go a long way in protecting events and festivals, as well as providing protections for workers.

Julian Knight MP (Chair of the Digital, Culture, Media and Sport Select Committee)
Even with the welcome roadmap and confirmation of dates, the industry needs more than ever a Government-backed insurance scheme

John Nicolson MP (SNP Shadow Secretary of State for Digital, Culture, Media and Sport)
The UK Government had the opportunity to underwrite insurance for festivals but decided not to do so, with Glastonbury being the first casualty.

Kevin Brennan MP (Labour, Cardiff West)
The Government has told me that now is not time for an insurance intervention, but now is the time and there will never be one like this. We must ensure a Government-backed insurance scheme to allow this summer to go ahead.

Tracy Brabin MP (Labour, Batley and Spen)
Insurance is essential and the last stumbling block for festivals to go ahead this summer.

Pete Wishart MP (SNP, Perth and North Perthshire)
We must ensure that there is insurance in place for live performances

Sir David Amess MP (Conservative, Southend West)
I have written to the Chancellor calling on him to provide a Government-backed insurance scheme for the sector.

John Nicolson MP (SNP Shadow Secretary of State for Digital, Culture, Media and Sport)
The impact of Covid-19 on freelancers is often overlooked.
In tomorrow’s Budget, the Chancellor must guarantee freelancers the backdated support they deserve.

Rt Hon Dame Margaret Hodge MP (Labour, Barking)
Without support, many talented freelancers are walking away from the industry.

Kevin Brennan MP (Labour, Cardiff West)
Many musicians and artists have been excluded from support because they don’t fit the criteria. This criteria was drawn up hastily and was not properly amended. The Chancellor must support these tomorrow.

Giles Watling MP (Conservative, Clacton)
Thousands of freelancers have been unable to access Government support packages. This can be achieved by extending timescales and eligibility for SEISS and JRS. These schemes should continue in the sectors where they are most needed.

Sarah Olney MP (Lib Dem, Richmond Park)
Many workers found themselves unable to be furloughed and did not qualify for SEISS.

Florence Eshalomi MP (Labour Co-op, Vauxhall)
The Budget must provide a sector-specific support package to recognise those ensure no more closures or redundancies.

Stephen Hammond MP (Conservative, Wimbledon)
The only just and fair policy would be to forward the qualifying date for SEISS by one year. I hope we will hear this from the Minister or Chancellor.

Barbara Keeley MP (Labour, Worsley and Eccles South)
The Budget must contain support for those excluded by financial support so far.

John Nicolson MP (SNP Shadow Secretary of State for Digital, Culture, Media and Sport)
Music is now heavily reliant on live performances. Under Brexit, the opportunities so far have been few and far between. The UK Government rejected the EU’s proposed artists deal giving musicians a hard Brexit. None but the wealthiest musicians will be able to tour across Europe with the expense of visas.
Of most concern is the fact that no talks are ongoing to resolve this issue. Jobs are being sacrificed for anti-free-movement zealotry.
The chaos also impacts support crew, technicians, and haulage companies who will lose out to cheaper European alternatives.

Kevin Brennan MP (Labour, Cardiff West)
The failure to find a deal on touring was completely avoidable. A small window remains to fix the matter before many businesses are ruined by this negligence.

Pete Wishart MP (SNP, Perth and North Perthshire)
The Government faces closing off a continent with its failed negotiations on touring.

Julie Elliott MP (Labour, Sunderland)
Many artists face a dire situation with the failure to strike a deal on touring. A music cultural export office will be a great idea for big productions.

Tracy Brabin MP (Labour, Batley and Spen)
I would like the Minister to give us an update on the creative passport arrangements that will support the touring sector.”