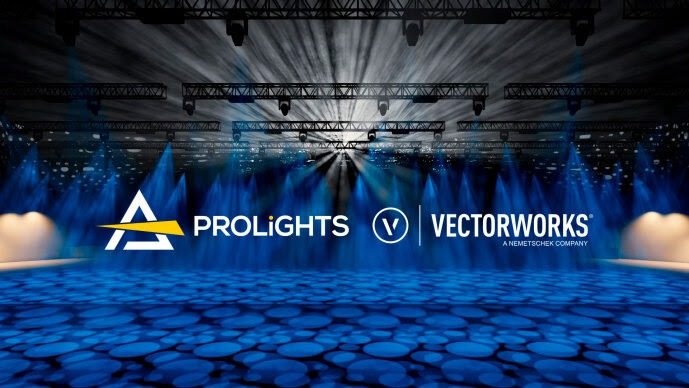 PROLIGHTS has made available nearly 200 Vectorworks symbols for most of its lighting fixtures, clamps and accessories, and will keep supporting the library development.

PROTRUSS has also released a separate 3D library with over 650 symbols, including truss and rigging objects. The PROTRUSS symbols include all the properties of objects required from Vectorworks’ plugin, Braceworks, to run static calculation and loading reports.

“The recently added library represents an important asset to the entire LD community,” said PROLIGHTS Managing Director, Fabio Sorabella. “Not only that but the announced file compatibility among Vectorworks, GDTF & MVR, and Unreal Engine really benefits designers and system engineers, innovating a new multi-platform workflow from parametric design to show pre-visualization and presentation.”

The files can be downloaded from PROLIGHTS and Music & Lights webpages for free, including the Vectorworks files, GDTF and dozens of other personality files for industry-standard consoles and other control platforms.