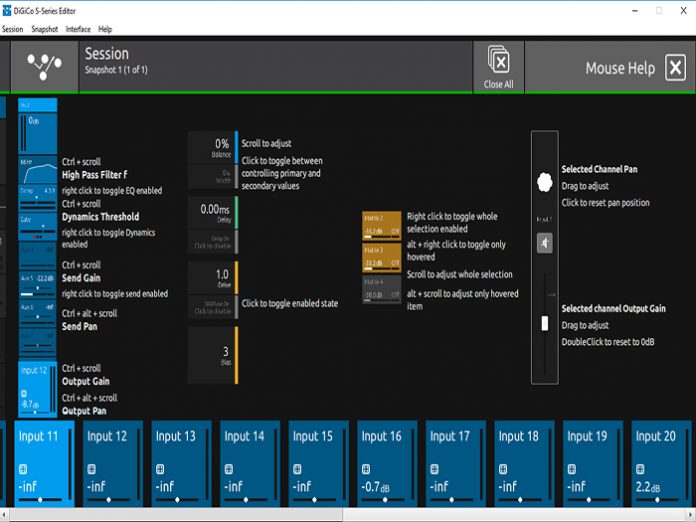 The S-Series Offline Editor is compatible with both Windows and Mac operating systems and can be used for both S21 and S31 console sessions. It comes with a familiar, high-resolution console screen interface and on screen help facility. Parameter control is via a mouse wheel and a new Control Strip, along with a quick navigation facility, which can be accessed using keyboard shortcuts. Template sessions are also provided for common DMI card / Rack setups.

“The S Series Offline Editor gives S-Series users the same ability to work on session files offline as they currently have with the SD Series,” said Roger Wood, DiGiCo’s Head of Software Development. “This means that a whole show file can be written away from site and simply transferred to the console.”