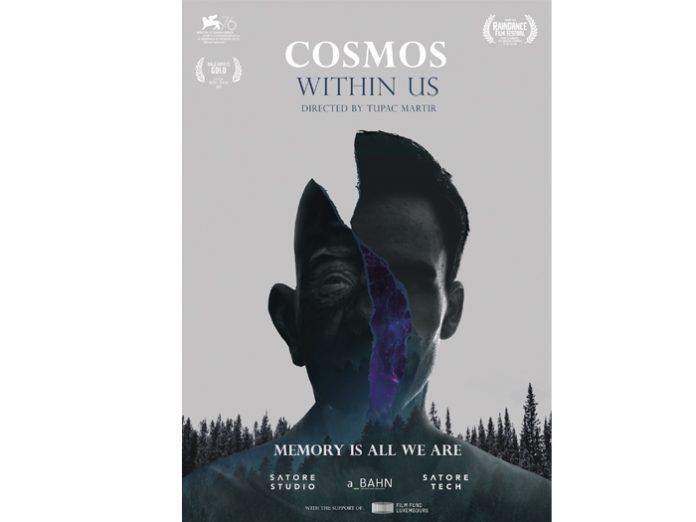 The Producers Guild of America (PGA) has unveiled the nominees for its first Innovation Award – honouring outstanding entertainment endeavours across the emerging mediums of VR, AR and experiential – at the 31st Annual Producers Guild Awards.

Amongst the nominees is the Satore Studio, a_BAHN and Satore Tech co-production, Cosmos Within Us – a mixed reality experience performed by live musicians in front of a seated audience, as one headset wearing participant ventures into a VR world that deals with the notion of ‘loss’ through the fragmented memories of an Alzheimer’s sufferer.

Satore founder and Cosmos Within Us Director, Tupac Martir, said: “We were very surprised, excited and extremely honoured when we got the news of our nomination. After learning of the other finalists, which include Black Mirror and How to Train Your Dragon, we know we are in great company, and to be listed alongside such amazing studios / projects is incredible.”

The main criteria for this award is for the filmmakers to display genuine innovation, regardless of their medium or budget. For this piece of the Hollywood limelight, creativity is key. Martir continued: “These industries push the boundaries of what technology can do for the viewer – each on their own merit. We feel that the industry has been craving something like Cosmos Within Us, with its unique combination of technologies and storytelling approach; it sees many people on stage simultaneously, creating the piece in real time. Add to that the fact that our production is scalable and represents a communal element for VR, much like live theatre, or a concert does, we’re very proud to have devised this.”

Martir goes on to explain that creative works are worth persevering with, regardless of the difficulties working with new technologies can bring: “We hope that people will see what we are doing and be encouraged to push through all the pain and issues that come with creating something which is considered unusual. The fact that we have been acknowledged by the PGA means that this type of award should not be alien to small, independent studios that are like us.”

Film Producer Michel Reilhac is the Head of Studies at Venice Biennale College. He
stated: “Tupac has a unique gift of digital alchemy: he can transform any pioneering technology into the most poetic, vibrant and emotionally loaded creative expression. Through his expert hands and artistic mind, intricate devices and complex prototypes of emerging tech, he delivers beauty, emotion and wonderment. His work is that of a modern wizard who has the mind of a playful, child-like genius.”

Martir continued: “As a company, we wanted to create something unique that would set us apart. There is a lot of talent in the UK, and, in my opinion, some of the best studios are based here. As part of the VR / AR / XR community, we are trying to grow and showcase new offerings. In this instance, it meant the creation of a new sub-genre called Performative-R – a term we’ve coined to describe live performance within mixed reality.”

Sol Rogers, CEO and Founder of REWIND, an Emmy nominated immersive content studio noted: “Tupac and the whole Cosmos Within Us team have sought to redefine story-telling in an already young industry. They’ve demonstrated a pioneering edge when it comes to linking what was once a very solitary technology experience and bringing it to a large audience which can simultaneously feel empathy. The results not only show true innovation but have masses of future potential development.”

Tupac concluded: “It’s fair to say some critics thought VR, in general, would be a fad, yet getting this type of recognition can’t be ignored. The wider technology and film industries are acknowledging that ‘reality’ in its many forms is here to stay, and it is up to the creatives like us to continue to develop how this medium can create new and impressive technological experiences.”

The winners of the Innovation Award and the shortform category will be announced at a Producers Guild Awards nominees’ event on 16 January 2020 at the Hollywood Museum in LA.