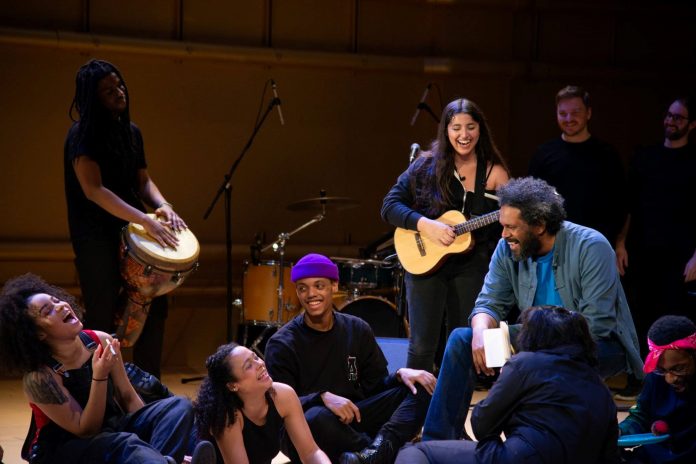 Sound Designer/Engineer Chris Sannino recently relied on DPA Microphones when he was looking for a discreet wireless source that would produce outstanding and pure sound amplification for a production of Romeo and Juliet at Philadelphia’s Wilma Theatre.

The sound designer/engineer first heard about DPA microphones when he was looking for a microphone solution that would deliver clear, natural sound while offering flexibility for a performer who needed to move, sing and play the flute during the Philadelphia Fringe Festival. During his search, Sannino’s industry colleagues recommended the d:fine 4088 Directional Headset Microphone and ever since then, DPA has been Sannino’s go-to for all is wireless miking needs, beyond just the flute.

Since 2013, the d:vote 4099 instrument mic has been Sannino’s holy grail. He has used the d:vote 4099 on a wide variety of woodwinds, pianos, string instruments and discrete theatre set miking. The d:vote 4099, d:screet 4061 and d:fine 4088 (among others) have been featured in the Philadelphia Fringe Festival, New York City Summer Stage, The Vail International Dance Festival and Romeo and Juliet.

For Romeo and Juliet, Sannino used the d:vote 4099 on cello and saxophone, the d:screet 4061 on violin and vocalists and the d:facto 4018VL for the ensemble. “I chose to use DPA because it has an excellent personal history of durability, clarity and responsiveness combined with my frequent need for discrete wireless sources,” added Sannino. “The fidelity of a DPA mic far surpasses anything else I’ve utilized in terms of close miking instruments and actors. I love both the d:vote 4099 and d:screet 4061 when close miking the conventional orchestral instruments, and also all sorts of ancient instruments. You can never go wrong on a lute, theorbo, harp or zither.”

Sannino has also been very impressed with the ability of DPA’s microphones to handle the multiple costumes and moisture from the various live theatrical productions he has worked on. “With costumes, the DPA mics are excellent,” said Sannino. “They offer low ‘touch’ noise and excellent isolation in a variety of wardrobe change situations. In addition, one thing I can say about the d:screet 4061 that I can’t say about any other mic is that I’ve never had a capsule sweat out on me during a musical performance.”

DPA also solved a unique audio challenge that Sannino was presented with while working with NYC Ballet star, Tiler Peck. He needed a source that would allow Peck to move freely while still pushing her voice over a full pit band in a 3,000-seat pavilion. According to Sannino, the d:fine 4088 headset mic was the only mic that would do the trick.

Since Sannino’s implementation of the d:vote 4099 instrument microphones on his various projects, DPA has replaced the legacy mic with its newest instrument microphone, the d:vote™ CORE 4099. The CORE version adds another layer of sound quality that further distances this mic from its competitors. The CORE’s powerful new technology brings more clarity and details to music across the entire dynamic range.