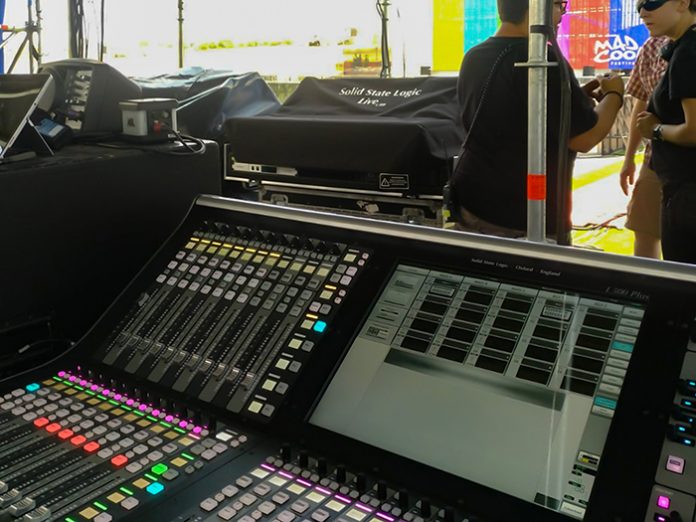 The 3-day event saw 80,000 music fans watch a packed line-up including some of the biggest currently touring bands in the world. The Event Company PRG provided the technical services for all three stages and chose a Solid State Logic SSL L500 Plus for FOH on Stage 2, connected via Solid State Logic’s Blacklight II MADI concentrator technology to 2 ML32.32 stage boxes.

The Solid State Logic SSL L500 Plus features a versatile user interface, perfect for festival use. Any channel or path can be assigned anywhere on the three independent fader tiles, which are navigated in a convenient layer & bank system. This means that the console can be set up quickly and simply to suit the user. New paths and channels can be added to the configuration at any time, without losing audio, so new and unexpected inputs and outputs can be catered for during an event.