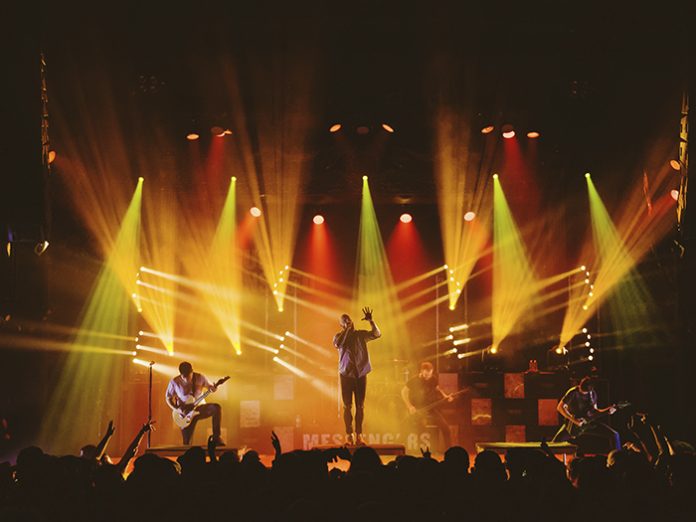 Metalcore band August Burns Red marked their 10 year milestone by kicking off 2017 with a celebratory Messengers 10-Year Anniversary Tour, with the group playing their Messengers album front to back on the tour.

Lighting Designer Victor Zeiser of Squeek Lights created a variety of looks for the tour with help from a collection of Rogue R1 FX-B and Rogue R1 Spot fixtures from Chauvet Professional.

“The R1s create a nice layer of light for the FX-Bs to pop through with their multi-faceted looks,” said Zeiser, “and gobos from the R1s play off nicely against the beams of the FX-B. We also create some great moody moments during the show with just the Spots on.”

The Rogue R1 FX-B and Rogue R1 Spot fixtures are both arranged on a custom-designed aluminium ladder system. A pair of FX-Bs are mounted on each of four ladder structures. A single R1 Spot is positioned between them, and a blinder is located at the bottom of the ladder. Each ladder has adjustable cross bars, making it easier for Zeiser to space the fixtures exactly to his specifications and maximise the number of looks he is able to create.

Zeiser added: “We’re using this setup on the entire tour. Each base is 29kg with the case handles, which is very manageable.”

August Burns Red’s Messenger Anniversary Tour is being performed until 17th February across the USA.