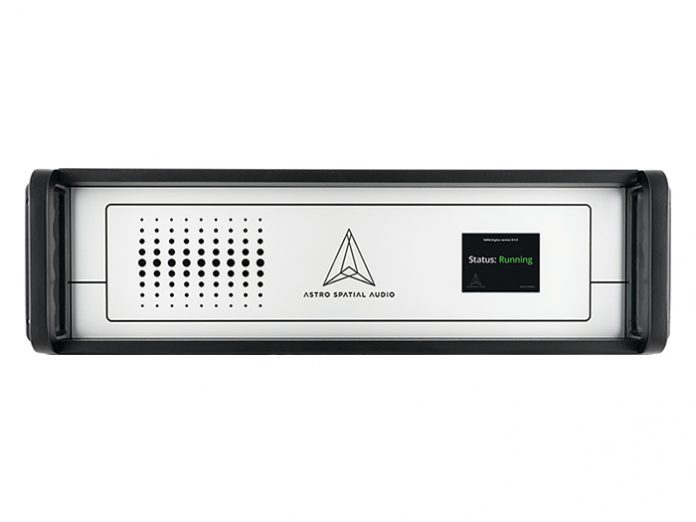 2B Heard will provide UK-based sales and support for Astro Spatial Audio, having reached an agreement to become the UK Solutions Partner for the leading supplier of brand-independent object-based immersive audio solutions.

With its deep network of contacts within the touring, theatre and installation markets, 2B Heard is uniquely positioned to advance UK adoption of Astro Spatial Audio – the world’s premier independent object-based immersive audio solution. The announcement also arrives as 2B Heard is named as a dealer for the newly announced, compact SSL L100 console, furthering the company’s transition towards becoming a provider of robust professional audio solutions.

Astro Spatial Audio is a pioneering object-based 3D audio solution that frees sound designers and engineers with a versatile, powerful set of tools to unleash the creativity in their mix. At the heart of the system is the conversion of audio signals into audio objects. Astro Spatial Audio’s SARA II Premium Rendering Engine – a 3U road and rack ready processor offering up to 128 MADI or 128 Dante configurable network pathways at 48kHz/24-bit resolution – utilises extensive metadata attached to each audio object.

The result is a precise calculation of that object’s position within virtual 3D space, processed in real-time up to 40 times per second for each individual object, as well as that object’s acoustic effect on the virtual space around it. The result for the engineer is a truly three-dimensional audio canvas on which to play.

The technology is currently enjoying a starring role in London’s West End with Tina: The Musical, in a special US production of Tommy, and on Broadway with The Band’s Visit. Other notable projects include the Berlin Opera House, the Zurich Opera House, Moscow’s Maly Theatre and more.

“The concept of immersive audio is taking on powerful momentum within our industry, but not all solutions are equal – that much is clear as soon as you experience Astro Spatial Audio,” commented 2B Heard’s Dave Wooster. “The system works with every brand of loudspeaker and every type of console, it’s fully scalable from one venue to the next to and, most importantly, it sounds incredible.”

“The UK is one of the world’s most important markets and we have long wanted to find like-minded people there with whom we can grow,” said Astro Spatial Audio Managing Director, Bjorn Van Munster. “Our key philosophy is that we are completely independent of all brands – with Astro Spatial Audio, the only limitation is your imagination. Dave and Sam at 2B Heard really understand this, and they’re ready to support all of our partners while ensuring that Astro Spatial Audio becomes the standard for 3D sound.”