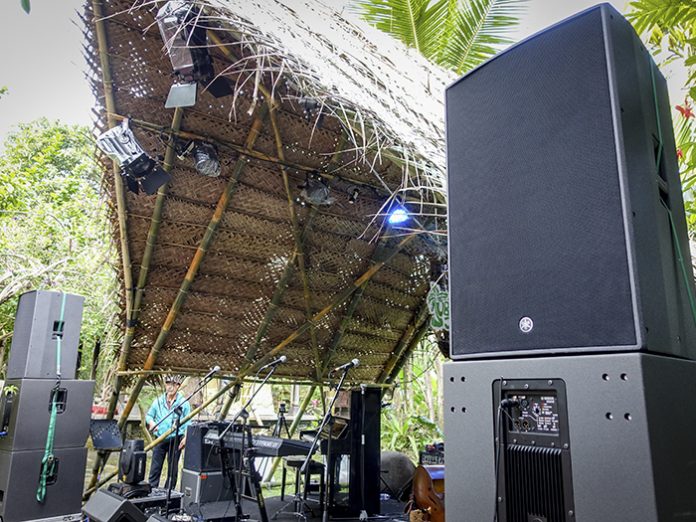 Yamaha Indonesia has been a Platinum sponsor of the Ubud Village Jazz Festival in Bali since its second year. This year Yamaha provided a Yamaha RIVAGE PM7 digital mixing system and Yamaha DZR series powered loudspeakers – used for the first time at the festival since their launch earlier in 2018 – as well as technical support.

The Ubud Village Jazz Festival (UVJF) was founded by Balinese musician/composer Yuri Mahatma and promoter/recording studio owner Anom Darsana in 2010. It has quickly grown to attract high-quality jazz performers from around the world.

Front of house Pongky Prasetyo and monitor engineer Rio Felani were very impressed, saying “RIVAGE PM7 is an excellent digital mixing system. It has great sound and the awesome features really spoil sound engineers who use it!”

“The DZR range has an unbelievably crisp and accurate sound. The detail and the power of the loudspeakers are unbelievable,” said Darsana.

“Yamaha Indonesia is one of the important components of this festival – the support and products that the company provides, and the results they produce, are always excellent,” added Astrid Sulaiman, a composer, music teacher and director of UVJF. “Many engineers and rental companies visited the festival from throughout Indonesia, including Jakarta, and were very impressed with how the high-quality Yamaha systems complemented the excellent jazz musicianship on show.”