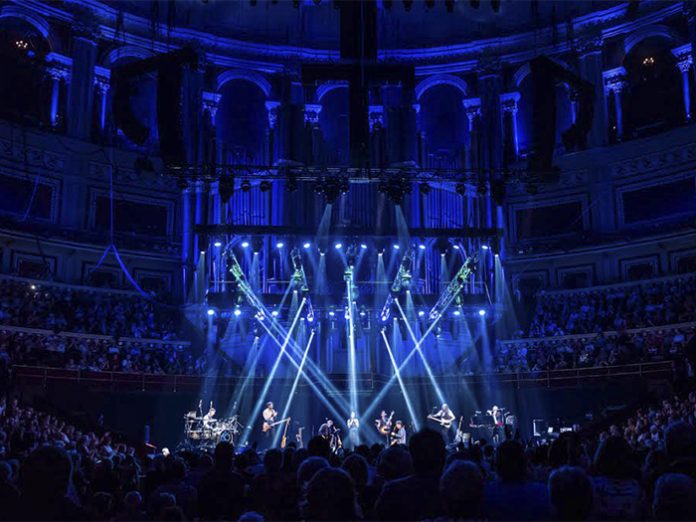 With a career spanning 103 album releases, 123 single hits and the equivalent of 20 years spent in the UK charts, the 58 – 18 = 60th The Tour saw Sir Cliff play his greatest hits across six decades in some of the UK and Ireland’s finest concert halls, including two nights at the Royal Albert Hall.

As a Vista user for nearly a decade, LD Derek Jones was really keen to utilise the next generation capabilities of the Vista 3 software for his show design.

He commented: “I’ve been using Vista for nearly a decade now and have seen its evolution. As an LD I’ve always found it very intuitive and simple to use, so I was really excited to switch to Vista 3 and, after trying it out with success, was totally comfortable using it on a major tour such as this.”

With Sir Cliff’s music being presented as a 20-minute section for each decade in chronological order, Derek’s design incorporated a mixture of traditional and high-tech show elements to faithfully recreate the stage lighting of each period – giving the shows a nostalgic feel of stepping back in time to each actual music era.

The ’50s and ’60s sections featured stripped backlighting with no movement or textures and a paler colour palette. Moving lights were introduced during the ’80s, and by the ’00s the show featured a full moving lighting rig with vibrant colours and lasers.

Summarising his experience, Derek commented: “For me, the Vista 3 software is a big step up from Vista 2, with a number of significant and useful upgrades which have helped me to further save programming time and be even more creative. Vista 3 feels snappier than previous versions and just improves the overall experience.”

Vista 3 has been developed to dramatically enhance existing functionality and introduce an array of intelligent new features that appeal to both existing and new users.