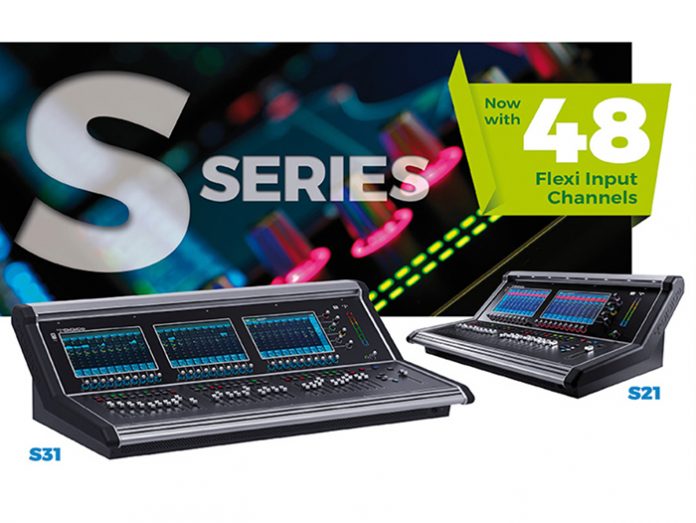 DiGiCo has announced the release of its latest V2.0 software upgrade for its S-Series consoles, adding key features including increased channel count for both the S21 and S31 from 40 to 48 input channels.

This free of charge upgrade gives S-Series users an amazing 48 mono/stereo switchable flexi channels, with no processing limitations, giving you the DiGiCo power, performance and sonic quality you want, whatever your budget.

DiGiCo’s S-Series consoles have been designed with meticulous attention to detail, using the same FPGA components as its SD Series consoles, combined with a new ARM QuadCore RISC processor.

“This is what has allowed us to produce an entry level range with the same fundamental technological values as every other DiGiCo console, and with faster processing and lower power consumption than any other console in its class,” said DiGiCo’s General Manager Austin Freshwater. “The S series, like all DiGiCo products, offers an unrivalled return on investment, with pricing starting from just $6,995.00.”