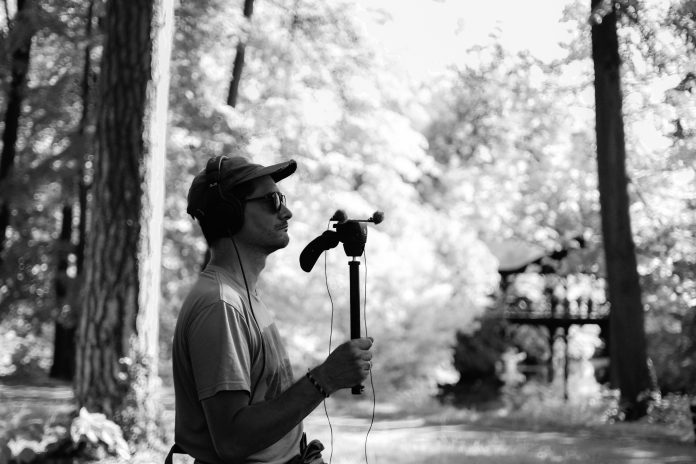 Running water, bird cries and the bustle of city streets were just some of the sounds captured by composer and musician Hans Andia when he undertook bicycle journeys through Chile and then France to create sound maps of the two countries.

He used a stereo pair of DPA d:screet 4060 microphones that were supplied by DPA’s French distributor Audio2. They were used to capture every recording and proved ideal for the task because they were so small, portable and reliable.

“The first time I used d:screet 4060 microphones was in a studio in Montreal where I was recording my violin,” Hans Andia explained. “Right away, I was attracted by the precise quality of their recording and their warm sound. When you undertake a long bike trip, it is very difficult to carry recording equipment because you don’t want anything that is too big or weighs too much. That’s why I chose to take these microphones – because, as their name indicates, they are discreet.”

Christophe Bonneau, Products and Business Development Manager at Audio2, added: “Hans came to us with a requirement for lightweight equipment but with no sacrifice in sound quality. He also explained that the journey would involve extreme altitudes and difficult weather including very hot sun and a lot of cold rain. We felt that a stereo pair of d:screet 4060 microphones would fit his needs perfectly thanks to their fantastic sound quality to size ratio and their resistance to humidity and extreme temperatures.”

Despite the challenges involved in the journey, the d:screet 4060 stereo pair performed exceptionally well and Andia says he is delighted with the sound they delivered.

“We recorded in many different places – sometimes at the seaside and sometimes at altitudes in excess of 5,000 meters,” Andia said. “The microphones coped with atmospheric pressure changes and extreme changes in temperature and humidity. I was nervous about taking them out in the rain because I didn’t want to damage them but they always worked perfectly no matter what I exposed them to and I never had a problem with them. You just have to be careful to take good care of them because it is very easy to lose an accessory when you are travelling, especially when they are so small.”

Hans Andia’s bicycle adventures were self-funded and he was accompanied throughout by his French wife, Rose, who is a poet and also a keen cyclist. Their first trip was in Andia’s home country, Chile, where they rode two ‘gorgeous’ VSF Fahrradmanufaktur TX-400 bikes and spent four months travelling 6,500km from the north to the very south of the country.

Sometimes they covered nearly 100km a day and sometimes when the terrain was really difficult, they managed as little as 10km, yet throughout the entire trip, they didn’t have a single puncture. They did, however, often cycled for several days without seeing anyone and sometimes with a very limited supply of water.

“Sometimes it was hard, but we love bikes – they are our preferred means of transport in summer or winter because they allow us to go wherever we want,” Andia said. “Cycling is also a great way to travel with zero noise pollution. On the other hand, it is not very pleasant to ride a bike when you are in big cities or on busy highways. People sometimes do not respect us and riding with the noise of cars is insupportable.”

The idea for the sound map projects grew out of Andia’s experience of ‘acousmatic’ music – music created from a fusion of electronic and natural sounds that are manipulated through computer tools and organized through editing and mixing to create a musical composition.

“This music aims to develop the sense of listening, feeling and imagination,” he explained. “After completing our trip through Chile, we did a 5000km bike trip through France, which took five months and allowed us to get to know more about the country through recording the sounds of French culture. I highly recommend taking your time when making sound recordings on a trip because there are occasional obstacles that prevent you from recording well. Sometimes I was disappointed that I couldn’t stay longer in a place to capture the perfect sound.

Now based in France, Andia has been editing his recordings to create sound maps and for a future exhibition. He is also composing an acousmatic work based on the theme of travelling, which he plans to present at a concert.

“It is not always easy returning to ‘normal’ life after an adventure but for now we are resting and working,” he said. “We would love to continue cycling and have several projects planned, hopefully discovering the countries of Northern Europe and Asia.”