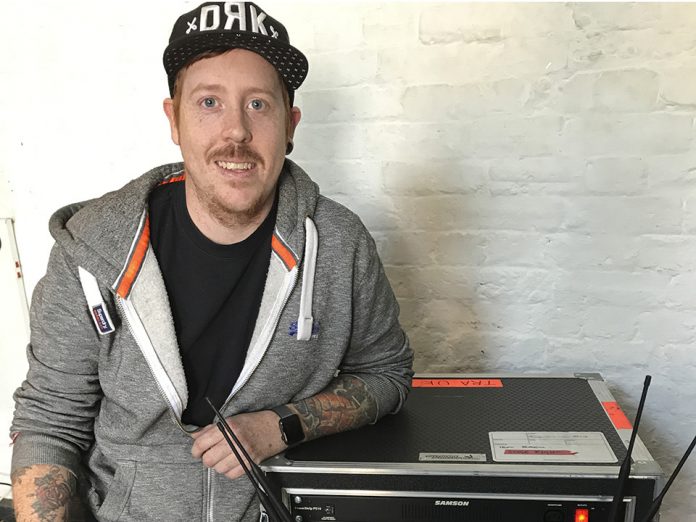 Hotly-tipped British metal outfit The Raven Age have recently completed a European tour with the legendary Anthrax, during which the band relied on an Allen & Heath Qu-SB digital mixer at the heart of an ultra compact, flexible in-ear monitoring solution.

Portable enough to be carried under one arm, Qu-SB nonetheless features 18 inputs, 14 outputs and a suite of acclaimed effects emulations and dynamic processing. The band’s Qu-SB is complemented with an AR84 AudioRack (with eight inputs and four outputs), allowing connection to the Qu-SB via Allen & Heath’s dSNAKE protocol over Cat5.

As The Raven Age bassist Matt Cox explained, the units have proved the ideal touring companions…

“We invested in the Qu-SB to use in place of a traditional monitor console for our in-ear systems,” he said. “We needed something that would be easy to transport – we have ours in a small flight case that also contains wireless receivers, mic splitters and wi-fi system and it’s incredibly easy to set up. The Qu-You iOS app is amazing – being able to take complete control of our personal mixes is really useful. The fact that both the iPad and mobile apps work in sync is also incredibly helpful; it meant we could all have a rough setup on our phones from the get-go.”

“In the past our in-ear mix changed from night to night because we were using all local equipment – which naturally changed from venue to venue – now, thanks to the Qu-SB, our mixes are the same every night.”