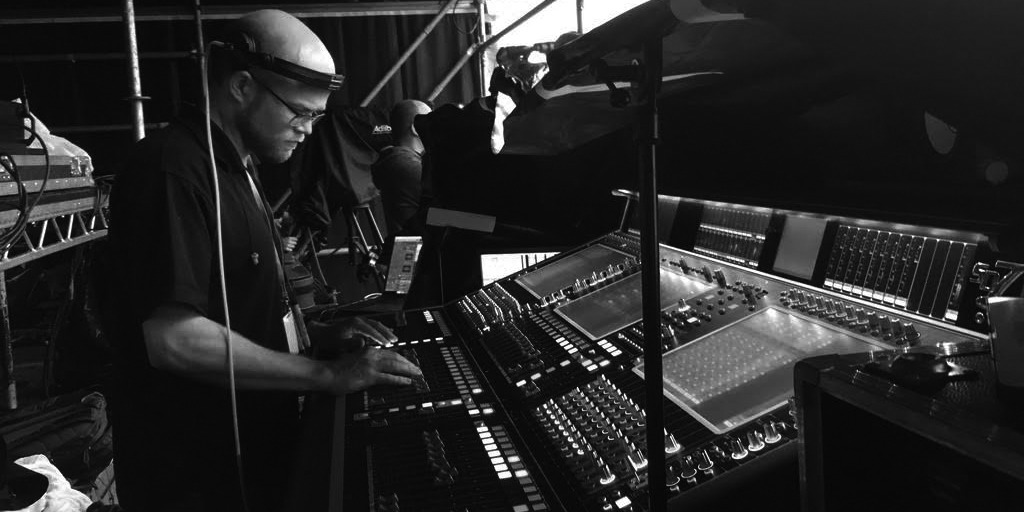 Based a stone’s throw from the TPi office, FOH Engineer, Chris Snow, like many engineers across the globe, saw his usual income dry up overnight when the COVID-19 pandemic struck. The man behind the faders for Cream Classical and PM for The Courteeners, Snow has taken his passion for audio and pushed his energy into a new podcast. Featuring interviews with engineers with decades of experience, the goal of the new project is not so much to be a deep dive into the latest gear and mixing methods – but more for crew members to paint a picture of the very beginning of the industry.

“Since everything live came to a halt, I’ve been able to keep busy doing some mixing in my spare room,” began Snow, recounting the past few months. “Prior to lockdown I had made live recordings of Australian band DMA’S, who had planned to release a few tracks to promote their forthcoming album. With no live events, they opted to just release a whole live performance, which I had previously recorded.”

With more time than usual on his hands, Snow also began to listen to some of the other podcasts out there dedicated to world of live audio. “There were a number of them about, but there were quite a few that really focused into the technicalities of mixing. There is definitely a place for that type of content, but personally I was really keen to know more about the history of the industry to get a feel for what it was like in decades past.”

Snow started by getting in touch with a few engineers he was already familiar with to get some interviews under his belt, with the goal of producing a show every fortnight. So far, he has spoken to the likes of Phil Dudderidge, ‘Big Pete’ Russell and Steve Bedlam.

He furthered: “To use Pete’s interview as an example, I didn’t need him to tell me about why he used a certain console back in the day. What I found interesting was him explaining how he used to hang a sound system. Especially compared to today when there is a right and wrong way of doing so, with all the array calculations software. Back in the day, it was more about the ‘art’ of hanging a system, with the only real question being, ‘does it sound good?’”

He also was keen to point out another highlight of the project – Steve Bedlam’s episode, where he regaled some of the stories from the days of illegal raves. “What is interesting about Steve is his journey from the rave scene to splitting his year between being Production Manager of the Common area at Glastonbury and helping run the Refugee Crisis Kitchen feeding refugees in Calais. While the podcast aims to tell the history of live sound [hence the name] it has been great to discover how people have progressed in their careers and diversified through the years.”

Snow is attempting to keep the shows coming throughout this year, all of which can be found at on Spotify, iTunes and Listen Notes.