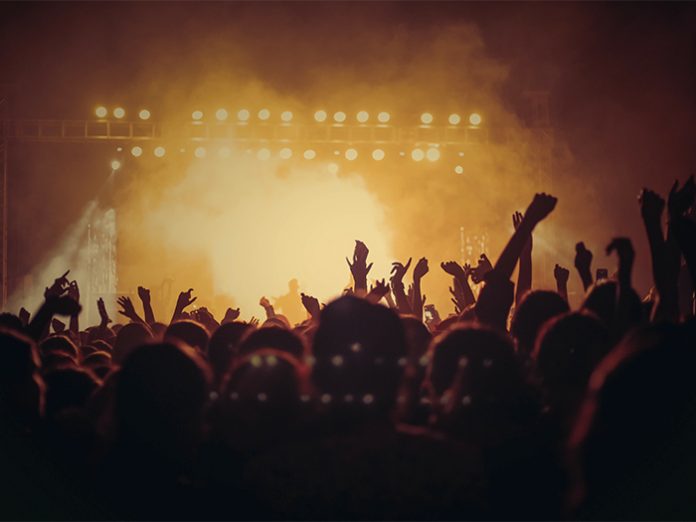 No matter how things progress in the coming weeks following further COVID-19 relaxations across the home nations, our sector still has to await the results of the Events Research Programme (ERP), a series of events in various settings which, “according to the programme’s terms of reference, explore when and how events with larger crowd sizes, less social distancing, or in settings where transmission is more likely, will be able to return safely.”

With a remit including but not limited to sports events; music festivals; theatres; stadium events; concerts; large weddings; nightclubs and conferences, the research will examine a range of settings to produce generalised results that can be applied in analogous settings as well as in other sectors.

It seems to be hard to convince some local authorities to host an event that breaks current regulations, even in the name of science, ethical approval is also needed if any research is deemed to be requiring people to put themselves at risk. They are, in effect, aiming to test potential ‘super spreader’ events, albeit in a very controlled manner. Each proposed pilot will focus on four areas: transmission, environmental measures, behavioural and socio-economic.

‘Settings not sectors’ is the mantra you’ll hear across the UK Government partners involved, but the distinct lack of clarity on which settings are intended to map against which sectors leaves many in the live events sector feeling nervous. Good, then, that Nick Hytner, Theatre Director and former Head of The National Theatre, assured us during a LIVE meeting that he sees his role to see that no sector is left out as, in his words, that would be absurd, it would be a failure.

Perhaps we’re worrying needlessly too, if one comparable setting is deemed safe, legal challenges to sustaining restrictions on the other would be brought if discrimination could be demonstrated. Exactly what the tests will be we don’t know but the ERP has a lot to do in a short space of time. Events will have to take place before the end of April so a report to land on desks of the Scientific Advisory Group for Emergencies (SAGE) and Government by 21 May. It’s likely that the report will inform guidance as well as decisions – guidance that may well have to be edited or produced completely from scratch.

COVID-19 testing has been at the heart of many ongoing events, perhaps proving only that gathering a lot of people that don’t have COVID-19 in one place means that nobody catches COVID-19. It works, ask New Zealand. What happens on the way to and from the event is also of interest, but vaccination may eventually be the answer. A big question mark still hangs over the idea of a health passport,  some kind of proof that you’re either vaccinated or have had a recent negative test result. It was interesting to hear one festival heavyweight suggest that they’re not considering banning people who don’t have proof of test, they’re simply considering what to do with them once they arrive.

Back in summer 2020, Melvin Benn’s full capacity plan revolved around testing, citing live events as the driver for people to get tested. Perhaps the answer lies in convenience; rather than an outright ban, a fast track entry for those with a ‘passport’, something slightly more involved for those that have some other proof of test or vaccination and a long wait for a result for those that choose to pay for a test on arrival.

Through the partners at LIVE, the BVEP and the EIF, PSA will stay in contact with the ERP as further details emerge and the programme progresses.

LIVE recently wrote to Culture and Digital Minister, Caroline Dinenage, primarily asking that the UK Government guarantee that using other sectors, such as sport, for the ERP will not be used as an excuse for claiming there is not enough evidence to reopen live music in June.

In fact, at the most recent DCMS Committee session, when questioned on the scope of the ERP and whether festivals would be included, she responded: “The thrust of the ERP scheme is based upon settings rather than sectors. For example, one will be in the Crucible for the Snooker World Championships as this is a theatre venue that will hold a similar sort of crowd. The closest thing at the moment to a festival is a nightclub that allows unfettered free movement of people. We do plan to do a festival-style event, but we won’t be able to do a very large, multi-day music festival with an unstructured audience in the original April phase of pilots due to massive operational and ethical challenges with something of this scale. Our Chief Scientific Advisor, Tom Rodden is working with festival organisers to build the evidence base around smaller scale events, and others of a similar nature where we can take the same scientific learning to ensure we have strong evidence around music festivals.”

The thing to consider is that as well as having a team of scientists at each event looking at mitigations, there are three different consortiers leading studies: one in Liverpool looking at transmission, one in Loughborough looking at ventilation and one in Edinburgh looking at crowd behaviour and compliance, as well as people’s sentiment around the mitigations. It is a case of bringing all of this together at pace.

It’s polite to give the Minister the last word before wrapping up. They seem to reflect the same setting described by others involved in the ERP, let’s hope for some positive results to these particular tests.

This article originally appeared in issue #260 of TPi, which you can read here.