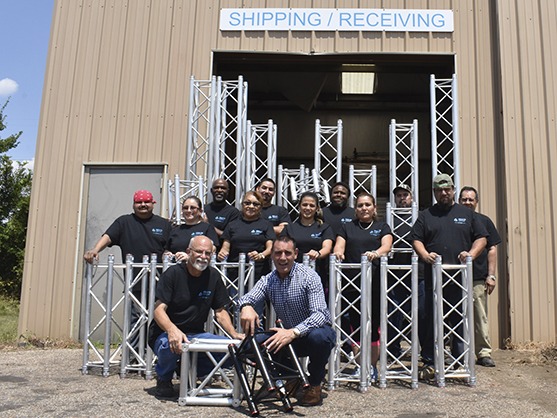 Prolyte Group has increases its expansion across North America with the opening of its office in Pearland, Texas.

Prolyte has built a presence throughout Europe, and Asia and the expansion to the U.S. follow 5 years of successful operations in Canada. The Prolyte product line features lighter materials, faster assembly, and setup capability that is compatible with equipment in both the U.S. and Europe.

“Texas was an attractive selection for Prolyte’s North American headquarters,” said Ralph Stockley, Prolyte’s Chief Commercial Officer. “We already had an existing partnership with a company in Pearland. Other factors, such as tax benefits, the strength of the Texas economy and the proximity to the Port of Houston finalized our decision.”

Prolyte also plans to introduce its Prolyte Campus initiative, which provides complimentary safety and product training. Prolyte Campus is a learning model unique to Prolyte that has been well received by customers and technicians. Through this initiative, Prolyte regularly offers hands-on training events all over the globe and is excited to bring the concept to customers and locations across North America.

“The opening of our new North America headquarters in Texas and the Prolyte Campus program will better serve clients in the region, speed up delivery times and provide the inventory and presence needed for Prolyte’s anticipated growth throughout North America and, eventually, South America,” said Lambert Bouwmeester, Prolyte’s Chief Executive Officer.