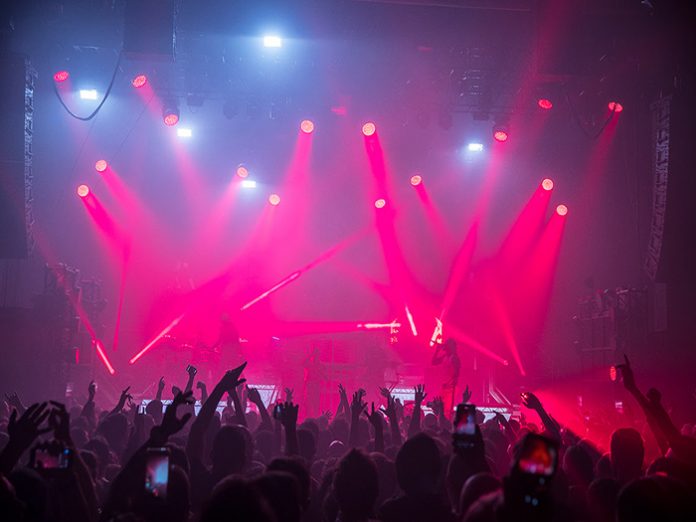 Some 27 years after exploding onto the big-beat electronic scene, Prodigy recently embarked on another wild tour. Tim Fawkes was tasked with creating a fresh regime of visual anarchy.

The lighting and set designer chose to work with UK rental specialist HSL as his preferred vendor, and among the inventory supplied were a large number of Martin by Harman Atomic 3000 LED strobes.

Martin by Harman originally defined the standard for strobes with the release of the original xenon-based Atomic, which dominated the market for 15 years, but in the new era of LED they have developed the perfect blend of traditional strobe and cutting-edge LED technology. HSL first invested back in January 2016 and now have a substantial stockholding.

The new version offers the same extreme brightness as its iconic predecessor, but with substantially lower peak power consumption; and at the same time it functions not only as a strobe, but also a creative tool that incorporates backlight illumination with RGB-controlled LEDs pointing into the reflector to deliver stunning eye candy.

For Prodigy, Tim Fawkes’ underlying idea was to create a scene of dystopia on stage. He based his design around four custom semi scenic old style searchlight assemblies upstage, with big hexagonal outer shells packed with modern technology. These, together with three scenic CCTV camera towers were the main set pieces.

The LD used the Martin by Harman Atomic 3000 LED as his primary strobe source, stating “this was mainly for the ease of cloning into festival strobes. Nothing can beat it for that.”

The set was built by Stage One. The 2 onstage searchlights sat on risers upstage with the two offstage ones on the deck. The Martin LED Atomics were utilised within each searchlight, and on four trussing towers between the searchlights and the surveillance camera masts.

A further 8 were dotted around in an arc shape on the deck including 4 to highlight the distressed oxidised metal finish of the riser fronts. Finally, 4 scalable trusses were flown above the stage and Tim Fawkes used a further 16 of the fixtures among his battery of effects in this location.

Summing up, Hanson said he now sees LED sourced strobes as the way forward. “Generally it’s what I am seeing on the vast majority of specs coming past my desk,” he said. “In fact I am starting to see traditional strobes requested less and less.”