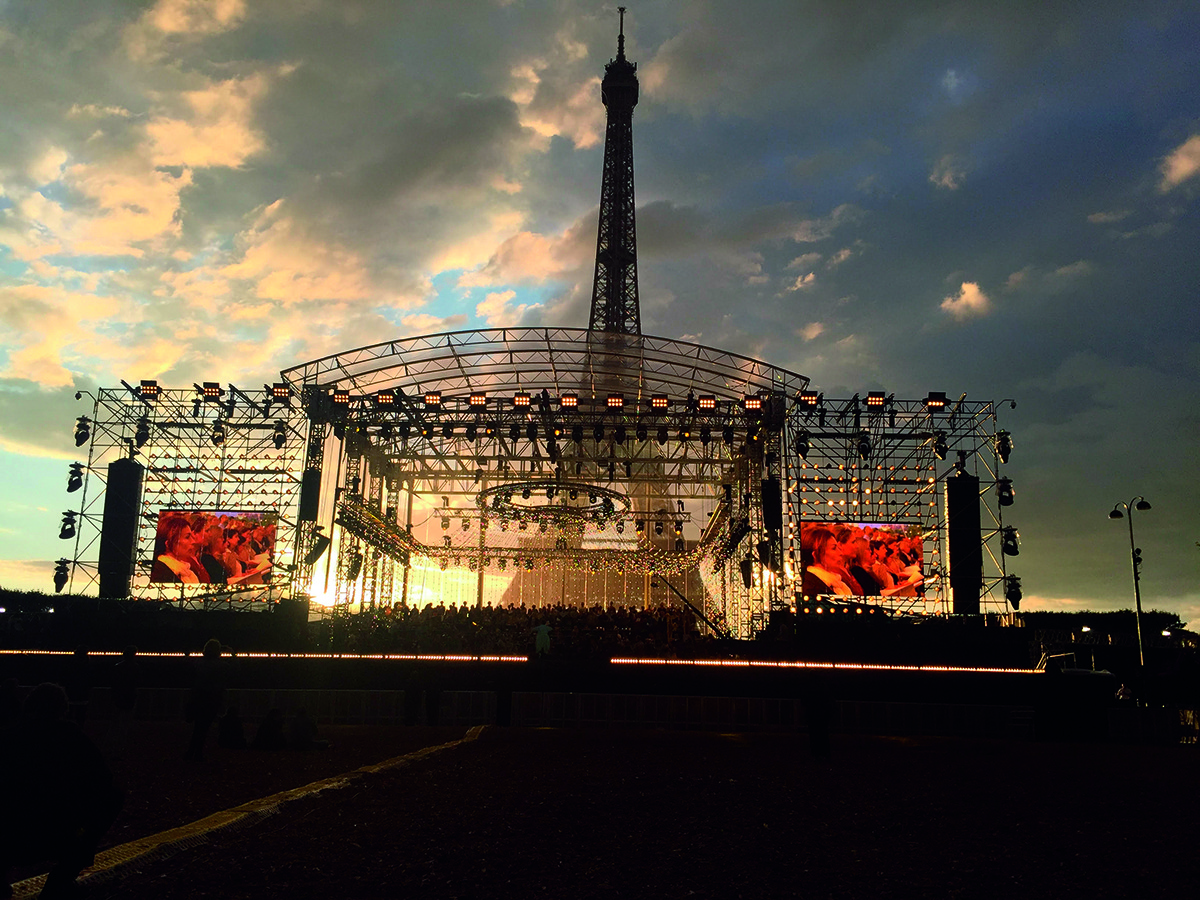 The Grand Concert de Paris, celebrating the anniversary of the storming of the Bastille, takes place every 14 July at the foot of the Eiffel Tower, in the Champ de Mars. This year, a crowd of 300,000 people assembled to listen to the concert live, while a record audience of 3 million viewers tuned in to watch the spectacle on television.