For the third year in a row, NEXO supported Sound of Music in its role as audio production provider to the annual TPi Awards. Hosted by Mondiale Media in one of London’s biggest corporate events venues, Battersea Evolution, the TPi Awards are attended by over 1,700 production industry insiders.

Sound of Music’s Sash Pochibko took the opportunity to add GEO M12 modules to his stock, and these formed the core of the TPi Awards PA system. L/R arrays of six GEO M12s modules, plus a centre cluster of three GEO M10s, were supplemented by 10 MSUB18s, lined up on the ground behind the stage. The dimensions of the Evolution required a line of delay clusters, L/C/R each with three GEO M10s.

All outfill and monitoring was done by P12 cabinets. A separate bar area was served by its own suspended truss, featuring a giant glitter ball! Audio was delivered by three GEO M6 modules on each corner of the grid, interspersed by ID24 cabinets. All amplification throughout was with NXAMPMk2 models. 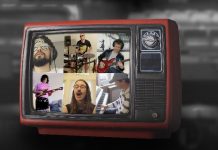 DiGiCo – The Show Must Go On 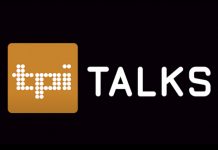 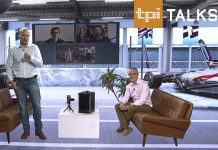