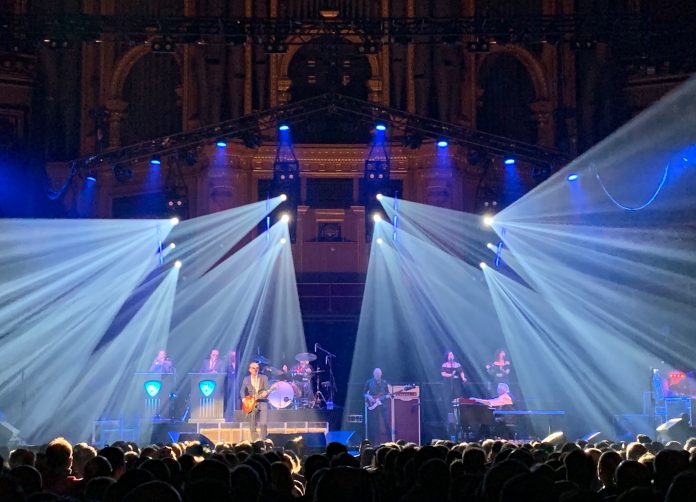 On blues-rock titan’s current world tour, Joe Bonamassa’s System Engineer Michael Grabarczyk is one of many audio professionals who now rely on Outline’s extraordinary new NEWTON FPGA-based processing platform. Bonamassa played a three-night residency at London’s Royal Albert Hall in April as part of his European spring tour, for which Adlib provided a full audio package, including part of their NEWTON stock.

Grabarczyk commented: “Newton is an extremely capable device. A single 1RU unit replaces a multitude of current industry standard devices. The clocking flexibility, simplistic routing, and plentiful IO make Newton a dream to use. Each output has gain, delay, polarity, layers of EQ, and every filter type including both types of all-pass filters! The possible uses for the device are incredible.”

“Not only can the Newton make a whole rack of gear disappear, but sonically it is very transparent. When applying a filter, you hear the filter, nothing else. I find achieving the desired result not only easier but also improves the overall sonic performance of the entire system.”

Clearly a convert to the vast potential of NEWTON, Grabarczyk concluded: “As Newton becomes increasingly popular and more companies start to stock them, I will absolutely continue to spec them for my systems. One unit has found a new permanent home in my FOH drive rack for Joe Bonamassa, though!”