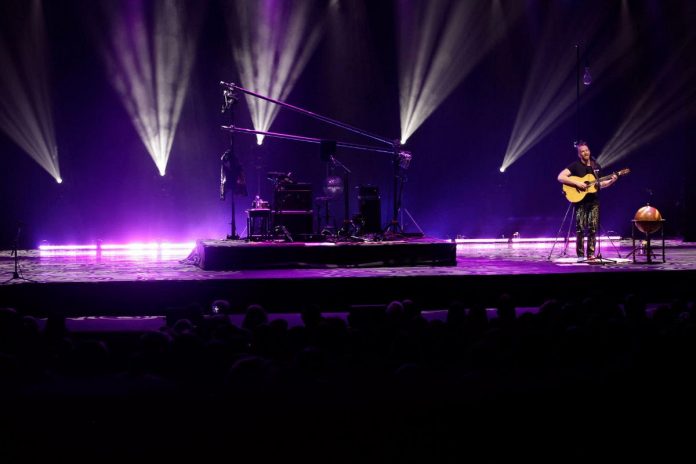 Martin Dudley of Martin’s Lights Ltd has invested in the new Martin by HARMAN ERA 300 Profile, with six units already in action on the current Newton Faulkner tour.

Supplying lighting design and lighting equipment hire services, Martin’s Lights Ltd recently celebrated its 25th birthday. Current and past clients of owner Martin Dudley include Newton Faulkner with whom he has been working with for 13 years, James Morrison (as lighting director for lighting designer Cate Carter), Heaven 17, Gilbert O’Sullivan, Magazine, The Specials and many more.

Having owned Martin fixtures a very long way back in the “DJ Series” days of Magic Moons, Starflashes and Jem smoke machines, and of course experience of the countless Martin fixtures in the lighting rigs of venues and festivals, the brand new ERA 300 Profile modern day LED successor to the MAC 250 recently caught his attention.

Martin Dudley explained, “I had been looking specifically for a colour-mixing moving spot fixture for a little while that would suit the scale and level of touring that we regularly do, so I was immediately interested when I saw the ERA 300 announced. The other features – two gobo wheels, colour wheel, zoom, iris and prism, also caught my eye. ”

The ERA 300 Profile is a compact LED moving head, designed to be easy to handle and rig, and take up less truck space. It includes professional features, including CMY colour mixing, 1:2 zoom and 9,500 lumens of output.

“I actually chose the ERA 300s for the James Morrison tour that we just finished,” continued Martin, “although this current Newton Faulkner tour is the first full tour that the fixtures have done.”

Since this is Newton Faulkner’s “Very Best Of…” tour, Martin Dudley has been revisiting some of their favourite lightings looks from Newton’s shows over the last 13 years. The six ERAs are floor/box-mounted in a row upstage, where previously larger fixtures would have been used, and the output of the extremely compact ERA 300 Profile is clearly impressing.

“The ERAs have allowed us to have the light output of some of the bigger fixtures we’ve used in the past, but taking up very little space in a tour bus trailer.  We’re only three shows into the tour so far, but on yesterday’s show at the London Palladium, which has a large lighting system of Martin Aura XBs and Quantum Profiles amongst other fixtures, the ERAs performed very well in terms of comparative brightness. The gobos in the ERAs also nicely matched those in the Quantums! ”

Next up for Martin’s Lights is a summer season of festivals with James Morrison, followed by a bigger production tour with him in the autumn, which will certainly feature the ERAs.

In fact, Martin Dudley concluded, “I suspect I’ll be using them on pretty much every tour where I need a small moving spot from now on, I can’t see that I’m going to be touring any venues where they won’t be powerful enough to do the job.”