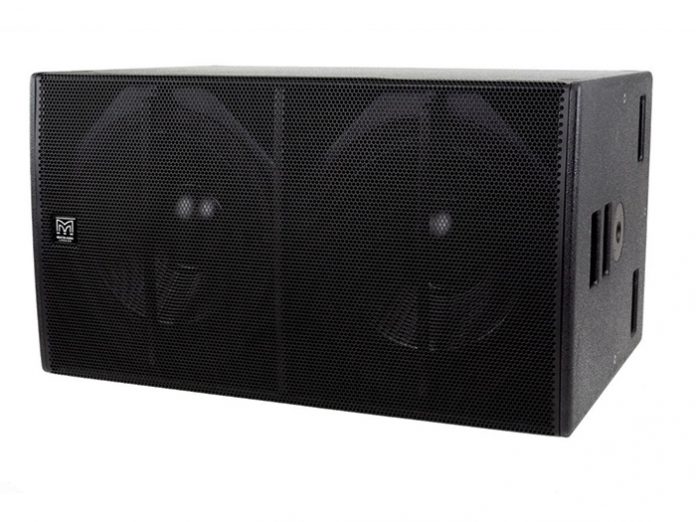 Martin Audio has made a dynamic start to the New Year with the announcement of the X218 subwoofer, extending yet further the company’s best ever selling portable series, BlacklineX.

BlacklineX, announced back in 2016, was the first new series developed under the management of Dom Harter and was an instant hit, delivering performance and value for a range of applications including portable sound reinforcement and stage monitoring for live bands, DJ’s and corporate events, to installations in nightclubs, bars, commercial spaces and Houses of Worship.

The original line-up comprised just a 15” and single 18” subwoofer and so as Harter said, “the success of the BlacklineX series led to numerous calls to extend the range with a double 18” subwoofer, and we’re delighted to kick off the new year with this punchy sub at an equally punchy price point.”

The X218 is a dual-driver, high performance subwoofer with an operating range of 42Hz-200Hz + 3dB. It produces high output levels—141dB peak SPL (half space)—with low distortion and can be used singly or stacked horizontally. It features dual 18”/4” voice coil, long-excursion drivers in a reflex enclosure with eight large ports that reduce air turbulence at high output levels.