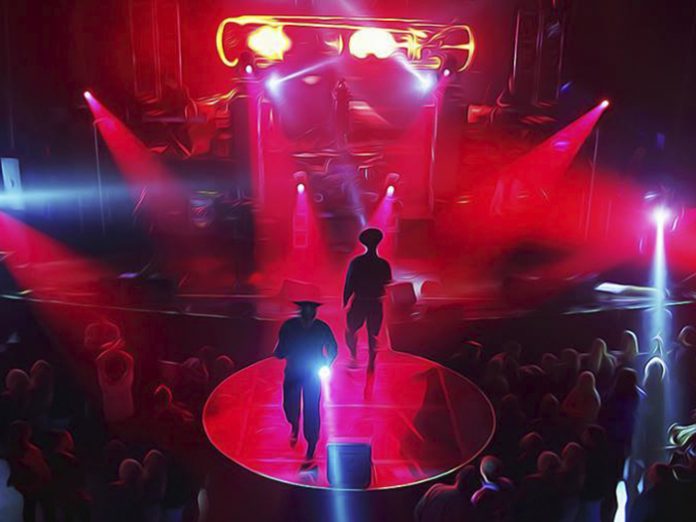 There is no shortage of theatrics in the annual series of El Monstero concerts that sweeps through America’s mid-section every year. Formed by members of Stir in 1999, and currently made up of musicians from a variety of different bands, the group pays tribute to Pink Floyd with an immersive concert experience involving upwards of 75 actors.

El Monstero captures the evocative Pink Floyd sound with renditions of songs like The Wall, Dark Side of the Moon and more. To recreate the complete concert experience in 2017, the band serves up a dazzling visual show with live characters in costume, all colourfully illuminated by a lightshow designed by Logic Systems Sound and Lighting Owner Chip Self, featuring Rogue and Legend fixtures from Chauvet Professional.

Self positioned 24 Rogue R2 Wash fixtures on upstage truss and arranged them on side stage truss ladders. His rig also included 18 Legend 230SR Beams, which were flown on upstage and mid-stage truss in addition to being arranged on the deck to either side of the stage.

From these positions, he was able to create a variety of aerial effects to accent some of the band’s bigger sounds. He swept the stage with colourful washes and back washed the band, also using his beams and washes for audience lighting.

Self dramatised the other-worldly aspects of El Monstero‘s characters by drenching them in a variety of rich shades of vivid light from the RGBW Rogue LED wash units. Drawing on the Rogue R2 Wash fixture’s five zones of LED control and wide 12-49° zoom range, he also used the fixture to affect sudden changes in the appearance of the stage.

At other times, Self layered his Rogues, Legends and other fixtures to add a sense of depth to the stage. “My goal was to create an immersive experience that encouraged the audience to escape day-to-day reality and get caught up in the Pink Floyd experience as conveyed by El Monstero,” he said.