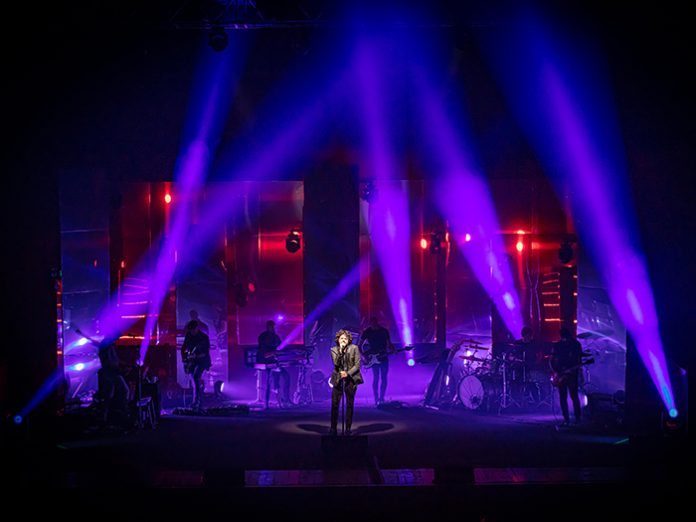 Jo Campana is with Francesco Renga on his L’altra metà (The Other Half) tour. The name refers to the hidden part of every one of us which can only be seen by looking into the mirror.

On the basis of this idea, lighting designer Jo Campana came up with his Uno Nessuno Centomila (One, No One and One Hundred Thousand) concept. The set features several panels with reflective surfaces and columns with concealed video elements, which can only be seen when reflected in the back wall, also covered with mirrors.

“The tour is remarkable for its rather small number of lights. So I decided to create a concept with mirrors to make the stage look visually wider and increase the number of light rays,” Campana said.

The impact is surprising. With only 13 Claypaky Mythos units for the effects, we came up with a varied, engrossing light show. Jo Campana went on to say why he wanted to try something different.

“In our work, creativity and the constant desire to try new experiments are fundamental. They are the added value we can really give to the look of a tour. In this case, the idea developed into a play of reflections, refractions and replications, which really impressed the production team and the fans.”

Francesco Renga’s Italian tour ends on 23 December in Cagliari, before starting again in Europe in May in major cities.