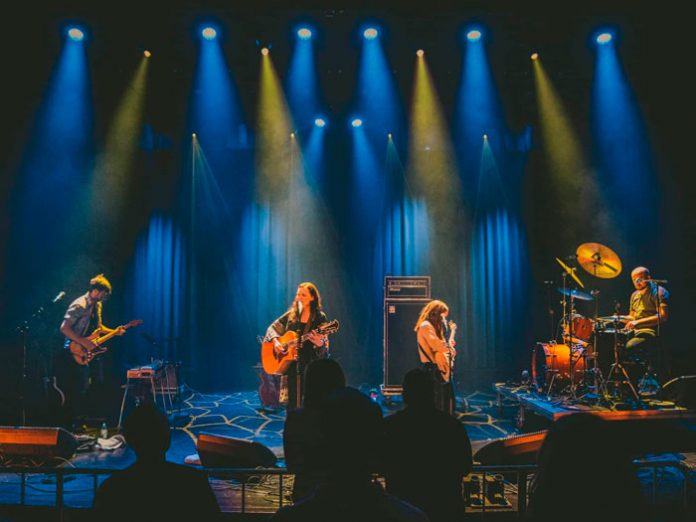 Norwegian sound engineer Tom Meyer has built up a large collection of DPA microphones over the years and has always been very happy with the results they deliver. He is now spreading the word to artists he works with and has recently persuaded pop singer Lisa Skoglund to switch to one of the company’s new 2028 Vocal Microphones.

“As soon as the 2028 Vocal Microphone was released, I ordered one for Lisa and she is so happy with it that she takes it with her wherever she is singing,” Meyer said. “I take a selection of DPA microphones with me on every gig I do because they make my job much easier – and they are popular with my clients, as well.”

Based in Bardu in northern Norway, Meyer has been tackling live sound engineering projects since 1990 and now runs his own company, TM Tour Production. He first became aware of DPA through the 4011 Cardioid Microphone and was very impressed with its sound, particularly when he used it to amplify large conferences or kick drums for touring bands. “I felt that I could gain them much higher than anything else and they sounded so good,” he said. “When I moved north and started my own company, I decided to get the best tools possible and gradually started buying DPA. I now have more than 30 of them.”

In recent months, TM Tour Production has been using its DPA microphones on a variety of projects, including live gigs with Hollow Hearts, a folk band from Tromsø. “The first time I worked with Hollow Hearts, I put up a DPA d:facto Vocal Microphone for the band’s singer Ida Løvheim. After singing two lines she stopped and said: ‘Tom this mic sounds fantastic!’. That evening went so well and they were so happy with the response from the audience that they now work with me most of the time and I have done more than 40 concerts with them.”

The mic package Meyer used for Hollow Hearts – and for many of the other bands he works with – includes a 2011 Twin Diaphragm Cardioid microphone with 4011 windscreens on kickdrum, a 4018V with a compact preamp on snare top, a 2011 on HiHat, overheads and guitars, a 4099 Instrument Microphone on snare (under) and toms and 4018v d:facto Vocal Microphones for all vocalists.

“Hollow Hearts plays quite low on stage, so the openness of the DPAs sounds really good,” he said. “I think the 2011, in particular, is fast becoming an industry-standard because you can put it everywhere and it always sounds great in your PA.”