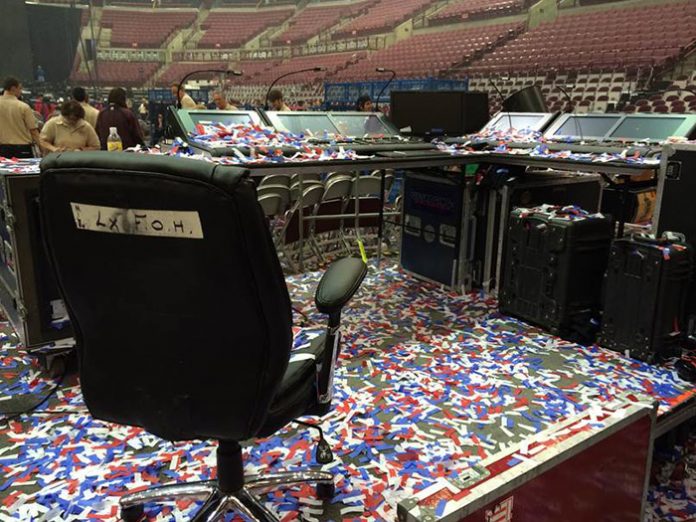 Currently working on Ariana Grande and Mariah Carey shows, LD Sean Burke of Holes In The Dark is one of the busiest LDs in the business, and he relies on High End Systems Full Boar consoles from LightParts to keep his shows operating flawlessly. He’s also employed the Full Boar for productions with The Cranberries, Seal, Miley Cyrus, Jennifer Lopez, Van Halen and Diana Ross, to name a few.

Burke said, “Many years ago I was looking to buy my first High End consoles. The blue Full Boar desks had been released and I needed to buy some. I was looking for some wings and I came across LightParts while doing some research on where to get a good deal. I asked around with some friends in the business and found out Robert Mokry and his staff at LightParts were good people to deal with.

“To date we have purchased several consoles and wings, and couldn’t be happier. I love the Full Boar. It’s been a stable desk with great features and rock solid hardware, and the FullBoar 4 was another great step forward; it’s a good console and the new software has gone from strength to strength. Holes In The Dark purchased two consoles and two playback wings from LightParts. They also service our consoles when we need anything done, their guys do a great job.”

In conclusion Sean says, “LightParts offers really great customer service.  The first time I was trying to buy a console Robert called me out of the blue. We chatted for ages, found out we had a lot of people in common, friends and colleagues. Robert is a straight forward guy, no bullshit and has his customers at the forefront all the time. They talk to you, and keep you in the loop on shipping, etc. and do everything they can to make it easy for you. In our business that’s really what you need.”