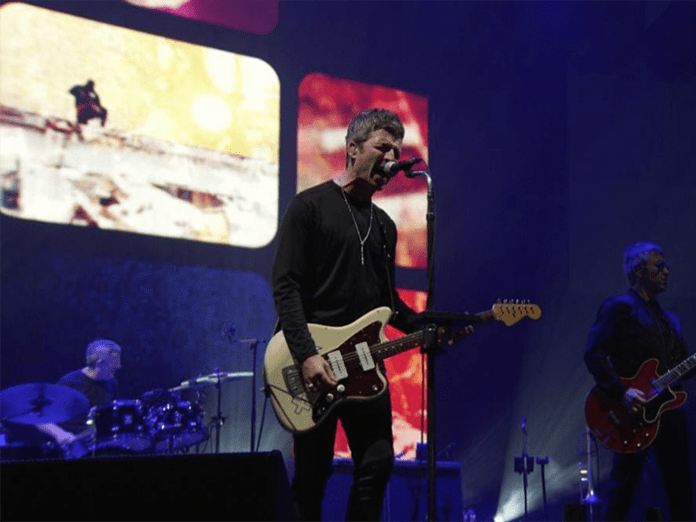 “We’ve worked closely with Rod on a number of occasions over the past few years and he’s very familiar with the equipment we stock. OneBigStar have always looked to Green Hippo and their range of media servers as a first choice for our rental inventory. The quality of the product and the support we receive is second to none.”

The media servers on this tour, two Hippotizer Karst+ with Datapath capture cards, are controlled by Clay himself, with support from lighting and video technician Matt Compton, from an MA Lighting grandMA full-size console, via CITP. Flexibility, both in the updating of content and the mapping of outputs to displays, was an essential requirement. “The ease of setup and connectivity between the lighting console and Hippotizer servers was crucial,” says Yeardsley.

The upstage LED screens display a variety of content, including custom-made material to match the themes of each song, and additional content added on a show-by-show basis. For one special performance – the leaving dinner for departing Manchester City captain, Vincent Kompany – entirely new bespoke content was created. What’s more, with the screens sourced from local suppliers as the tour progresses, various brands of screen, of differing sizes and resolutions, have to be quickly accommodated into the design.

“The Hippo deals with an ever-changing amount of scenarios with ease,” said Clay, “voltage, resolution and every change in the size of screen – none of it was ever a problem. Adding content on a weekly or even daily basis was very easy to do, and the interface with the GrandMA system via CITP works very smoothly.”

He added: “This was the first outing for me on a production tour with the Hippotizer media server system, and it provided seamless playback on every gig across the world, delivering every night whether in Europe, Asia or South America.”

The NGHFB production, by Ignition Management with Angus Jenner as tour manager, plays its next leg through Australia and New Zealand in November, in support of Irish rock legends U2.