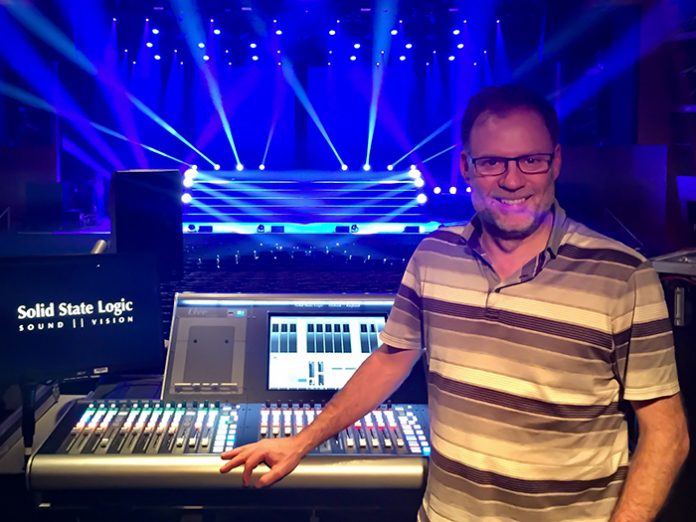 It has up to 144 fully processed paths and three independent fader tiles side-by-side. “The L200 is a great ergonomic console,” said Thomas. “It’s fast to set up and use, it’s incredibly powerful, and offers all I need in one space – and the three fader tiles are great.”

According to Thomas, the stage line-up for the Halsey tour has some unusual aspects, with two players combining a traditional acoustic drum kit that also incorporates various pads and triggers, and a unique split keyboard set up with high, low, and miscellaneous parts played by a single pair of hands. There are 5 stereo tracks that also need careful handling as the whole ensemble generates complex sub-bass sections.

“The challenge here is the amount of sub content,” said Thomas. “You have to control it with layers of compression and multiband compression, which is something the SSL is really good at.

“Parallel bus compressors are great for drums, and the tube effect incorporated into the channel compressors work really well – adding a saturated sound.”

Thomas concluded: “Overall, I just love this console; there is nothing that sounds as good. I was a massive analogue fan, but I think this is better – with the amazing FX and the SuperAnalogue pre-amps.”