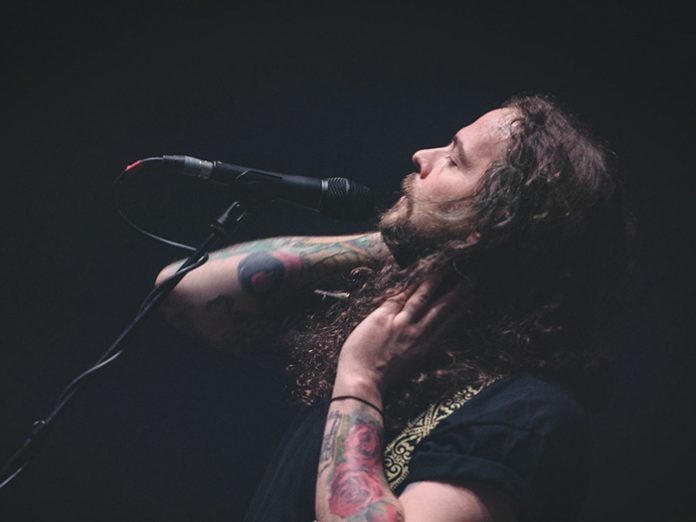 Anyone who has ever heard Canadian rock band Monster Truck will tell you that rock-and-roll is alive and kicking. In order to capture the powerful and gritty vocals of lead singer Jon Harvey, FOH Engineer Chris Kaplinski relies on DPA Microphones’ d:facto Supercardioid Vocal Microphone while on the band’s current worldwide tour.

“I was looking into a different microphone until Geoff Maurice of GerrAudio talked to me about using DPA’s d:facto vocal mic,” said Kaplinski. “I was really hesitant about using it with Monster Truck because most condenser mics don’t work well with loud bands. The d:facto is amazing; I couldn’t believe the sound I was getting. In the past, when Jon would step away from the vocal mic, we would get bombarded with cymbals because he is only five or six feet away from the drums. It can be a real issue and every other mic that we’ve used has had this problem. The tight pattern of the d:facto has eliminated this issue and has been great with combating cymbal bleed.”

In the short time Kaplinski has been using the d:facto vocal mic, he has enjoyed its ability to deliver a crisp, clean, natural sound. “Jon is a really loud singer and it’s the perfect vocal mic for him. There is no distortion in the upper mids and high ends. Other microphones distort or splat, so you don’t really get clear sibilant sounds and have issues reinforcing that end of the vocals. The d:facto is totally flat and it handles SPL for a rock guy really well. It’s the perfect microphone for dealing with the full band in close proximity.”

Lead Singer Jon Harvey has also become a big fan of the d:facto mic. “It’s one thing for me to say how much I like it, but Jon loves it just as much,” said Kaplinski. “The first thing we did was put Jon on the mic and he literally said ‘holy cow’. Suddenly I was getting really wide stereo mixes that sounded great. From that day forward, we’ve been using it constantly.”

Kaplinski plans on expanding his DPA inventory moving forward. “I’m hoping to get the whole DPA line for the next tour run,” he added. “I’ve heard a lot of great things about DPA’s d:vote 4099 Instrument Microphones and look forward to using them especially on the drums.”