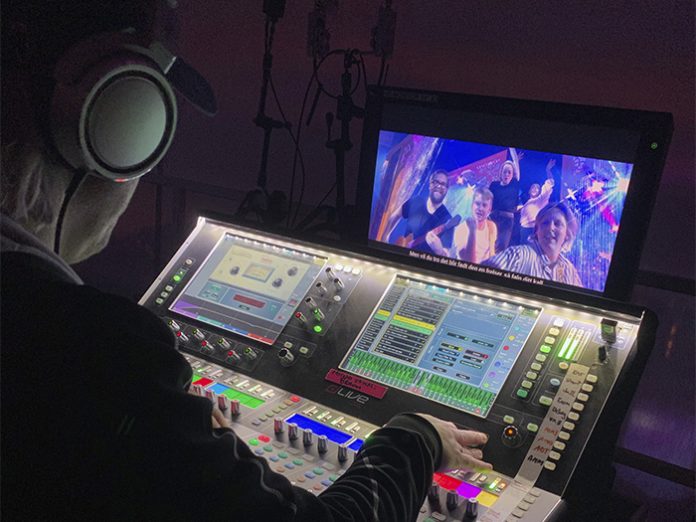 Det Nye Teateret (The New Theatre) is a brand new theatre in Trondheim, Norway that has fully embraced livestreamed performances, with a little help from Norsk Pro and a dLive mixing system.

Det Nye Teateret had not yet hosted its first performance when the COVID-19 pandemic changed the landscape, forcing a complete rethink. Rather than choosing to film conventional performances onstage, the theatre has devised a series of dynamic performances through 2020 involving labyrinthine sets and performers ranging throughout the 1000m2 space.

The scope and ambition of these performances led Det Nye Teateret to turn to locally-based PA rental and events specialists, Norsk Produksjon, for audio and video expertise. Audio engineer and sound designer Ronny Wikmark was tasked with devising a mixing system with the flexibility to manage live and streaming audio for the performances. Ronny built the original system around a compact Allen & Heath dLive C1500 surface and a CDM48 MixRack, with an IP8 remote controller providing extra-hands on control. Once the system had proven itself, Ronny swapped in a twin-touchscreen dLive C3500 surface, adding a further external monitor to help accommodate higher channel counts and greater complexity for subsequent shows.

“For me as a studio-owner and a Pro Tools-user it was very natural and practical to work on dLive. It has all the tools I need to mix complicated events such as musical theatre, concerts and all other broadcast situations,” Wikmark confirmed. “One of the best features on these mixers is the ability to make custom channel layouts for every scene, and the overall superior scene control. The AMM (Automatic Mic Mixer) D-Classic feature can be a lifesaver for dialog-situations too!”