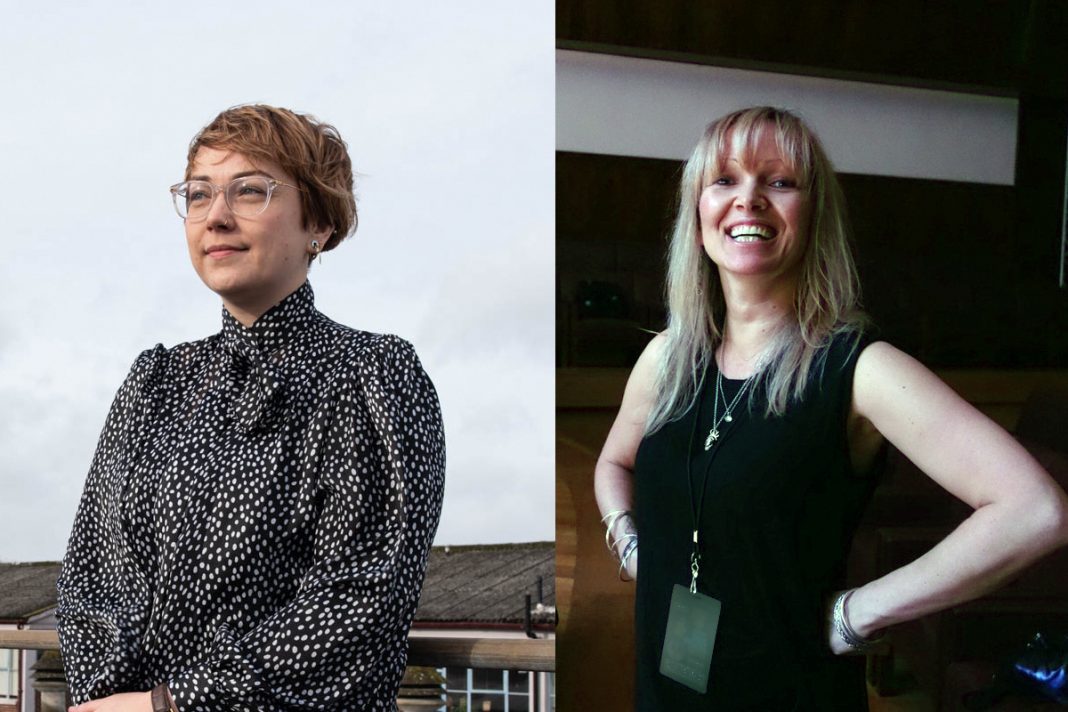 The relationship between social media and mental health is a complex one. Although offering a medium for communication, there are many who would point to social media as a catalyst to various underlying mental health issues. However, this month TPi was keen to highlight two new incentives that have recently emerged via social media – namely Therapy on Tour’s new Group sessions and The Back Lounge.

TPi grabbed some time with creators of both incentives, Tiffany Hudson and Suzi Green [Therapy on Tour and The Back Lounge respectively]. With a great deal of experience within the live touring sector, both women have interesting insights into the effect the current global situation is having on those working in the industry, which led them to create a safe space for people to discuss the issues and a community to support one another through this time.

Starting with Hudson, she spoke about the origins of Therapy on Tour. Having worked in various touring roles for a number of years, Hudson jumped off the touring circuit back in 2017. “I had already started training as a therapist at that point,” she explained. But although making a drastic career change, Hudson still wanted to keep a focus on the touring sector.

She went on to outline that her goal is go onto a tour for a leg and offer her services for those who need it. “We would then keep a dialogue with those I speak to on tour between legs as – from personal experience – transitioning from being on the road to back at home was always the toughest time.”

However, due to the current global situation, the industry is now all experiencing more time than ever at home. “It’s super tough right now for those working in the industry,” she commented. “Many are having to look at the possibility of different careers, which is a terrifying prospect.”

In amongst all this though, Hudson explained how she had heard of people beginning to meet up in groups to support one another – an idea she thought she could expand on. “Basically, I wanted to create a peer support group to provide a space that is supportive for more people in our industry during this pandemic. It’s a confidential space to connect with fellow industry colleagues, share resources, ideas and experiences.”

Although Hudson is a registered therapist, she wanted to make it clear that this was not a therapy group but a support network. Taking place via Zoom – with all the relevant safeguards in place, including locked room and password protection.

Speaking following the first session of the pilot group, Hudson reported: “There were six of us this week. The group felt strong and supportive, with everyone discussing their personal challenges and things that they have found supportive recently. It was uplifting from my experience and I hope to hear similar things from the members, too. Considering the members didn’t know each other before, there was great chat and sense of community, whilst staying on the topic of wellbeing.”

As well as creating the group, Hudson has also shared her thoughts on how people can make sure they look after themselves during this trying time. “One issue is the misunderstanding of what self care actually is,” she proffered. “As an example, getting your hair done or something where you treat yourself is not necessarily truly spending quality time.” She notes, “Finding as little as 10 minutes a day, or when you’re feeling particularly overwhelmed to go for a walk, do some yoga or have a cup of tea with limited outside distraction can have a huge impact on mental health.”

She also explained that another common issue was the need to create boundaries while living at home full time. “For example, if it’s not a good time to answer the phone to even friends or family, know it’s OK to call back tomorrow.”

Also creating an online space for open discussion during this time is Suzi Green – Tour Manager for number of acts including PJ Harvey and Placebo. “Prior to lockdown, my Facebook page was prehistoric. I’d actually say I was social media phobic” she began. “But with all gigs on hold, and missing my tour family and the crazy life, I opted to reactivate my page to keep in contact and feel less isolated.”

As Green jumped back into the world of social media, she began researching mental health support for those in the industry, eventually stumbling across a group in the US for a charity called Backline Care. “It was amazing,” she expressed. “They run two Zoom meetings a week that are open to all, comprising people from the industry sharing advice and support.”

After two months of attending the biweekly group sessions, Green thought it was high time that there was a similar incentive, this side of the pond. After gauging interest with some tentative Facebook posts on her profile and various music industry-related groups, she formed The Back Lounge.

“I’ve already hosted ten weekly sessions so far, which have gone very well,” said Green. “The idea is that each meeting we cover a different topic, mostly with a mental health and wellbeing theme – from ‘how to cold turkey from touring’ to ‘coping with the daily ups and downs of the corona-coaster’ and we’ve also taken a look at how to make things better when we return to work, discussing bullying and the feelings of isolation that can happen on tour. Some weeks we have guest speakers, so this week as our theme is ‘finding work’ and how to pitch yourself outside the industry, we have a career coach joining us.”

The group averages around 20 plus people on each zoom, and Green maintains the mood remains surprisingly intimate as whilst sharing the darker side of what this year has been personally for many in the industry, they always look to support each other and to share techniques to help stay positive and motivated. “Our private Facebook group now has 150 active members from across the world at all stages of their careers and is a place we post encouragement and resources. The whole experience has been mind-blowing and shows how vital it is to stay connected during this time to help us keep the faith,” she stated.

Many of the topics have also touched upon the future of the industry and ways to improve crew member wellbeing on tour, not to mention diversity within the ranks. “As we now have this mandated time where we are not on the road, I feel it’s a great time to pool our collective knowledge and attempt to make the industry a better one when we return,” said Green.

In a similar vein to Hudson, Green asserted The Back Lounge was not a Therapy session but a space to “talk and share ideas”. For more information on both of these incentives, you can join the groups on the related Facebook pages. Further information and help can also be found on the Music Support website.