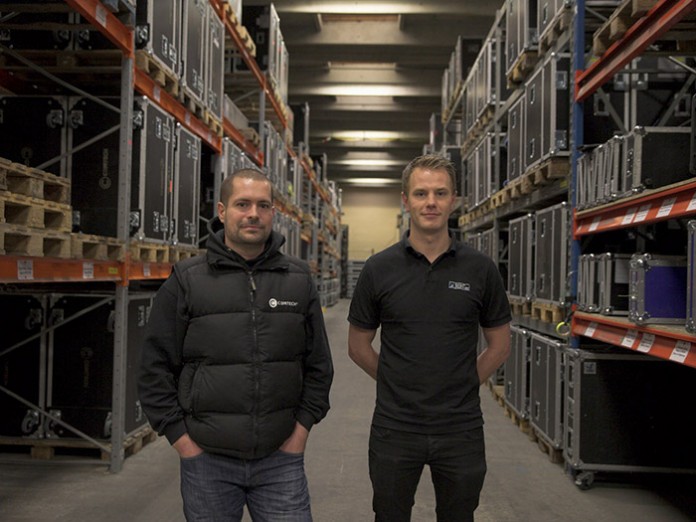 One of Denmark’s leading rental companies, Comtech, has decided to invest in new Robe fixtures, including Pointes and BMFL Spots, for two consecutive years as it felt that both products brought something new and unique to the market.

The initial purchase, and the company’s first with Robe, was for 40 Pointes in 2014, which were such a success that in 2015 it made a further investment with 50 BMFL Spots, which have been equally well received, explained Project Manager, Jes Christiansen.

Comtech supplies lighting, sound and video to concert tours, festivals and music shows and corporate events of all types in Denmark and internationally and has a great reputation for excellence. “We already carried some other brands and were really looking for something that was genuinely innovative,” explained Christiansen, talking about the decision to go with Robe. “When the Pointe was launched, that was our cue.”

The Pointes went straight out on tour with Danish rockers Carpark North, and were enthusiastically specified by LD, Johnny Thinggaard. After that, they have been constantly busy on numerous other projects where their light weight, intense brightness and genuine multi-purpose functionally, as a spot and a beam, has made them a hit with designers, crew and production managers.

Impressed with the quick ROI and the gathering momentum of Robe as a brand, choice by many designers, when they needed a powerful fixture for larger shows, arenas and stadiums, were Robe’s BMFL Spot.

Christiansen observed that they have seen a massive increase in floor and specials packages for tours in the last two years, and that Pointes and BMFLs are ideal for this, again for the small proportions and massive output. He also remarked that all the designers they have dealt with since buying in to Robe have been happy to use the kit. “The brand has become one of the top three choices in the last couple of years.”

Apart from the brightness, there were three other criteria where the BMFL massively won out against the competition. Firstly, the three power settings options and then the size of the lens – which emits a fabulous wide beam of light that LDs love, and that is particularly appropriate for the dusk period during outdoor shows.

The third factor influencing the BMFL decision was the weight, as at 36Kg it is incredibly light for the power and features of the fixture: “We could hardly believe it at the initial BMFL demo,” said Christiansen.

In addition to all these, he commented that the support from both Robe International and the local distributor Light Partner is “Amazing! Any – and I mean any – time I call, there is always someone there and ready to assist at Light Partner.”

Comtech’s engineers and technicians have also received special product training from Robe and Light Partner to ensure they are familiar with the luminaires and the philosophies behind their design and build.

The first batch of 16 of BMFLs went straight out on tour with De Eneste To, collaboration between Singer / Songwriter Peter Sommer and Simon Kvam from rock band Nephew, lit by John ‘Skeg’ Hedegaard. Immediately after that, Johnny Thingaard took them on Carpark North’s summer 2015 tour.

Several major projects in 2016 are already confirmed and being planned to use BMFLs.