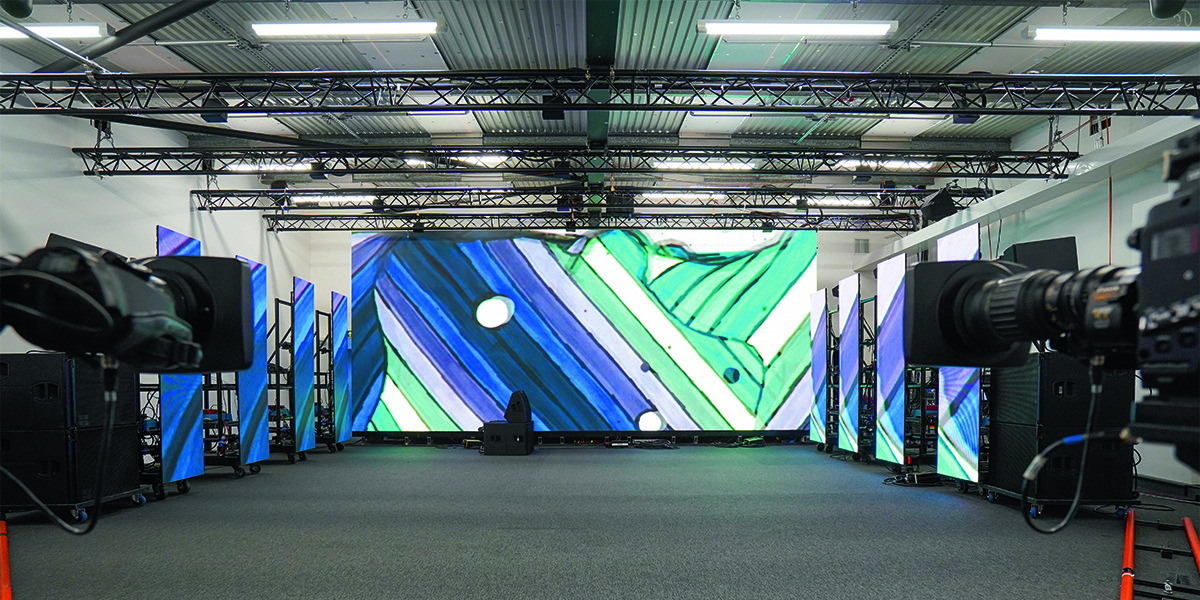 Video Director, Blue Leach explained to TPi what he had been up to prior to lockdown. “I managed to get to Sao Paolo to direct a festival performance for Kylie,” he began. “It was magnificent as most of those Brazilian shows tend to be – noisy and an appreciative audience. Sao Paolo was very low risk then, early March but we were being very cautious, washing hands thoroughly and always carrying sanitiser.”

Leach flew to New York to start rehearsals with Pearl Jam. However, an email arrived after the first day notifying the crew that the tour would not be going ahead and, before he knew it, Leach was back home in the space of a week instead of on a solid seven-week tour with band. “I had also been looking forward to working with Sting this year for his Las Vegas residency,” he reported. “It’s a special year when gigs and tours fit perfectly into the March to November window – it was a cake and eat it period but, one by one, those cakes got taken away…”

With his gig plans wiped from his calendar, Leach began talking with the Creative Technology team about UNITY. “I have done quite a few live streams over the years and I’ve always really enjoyed the process,” he said. “I like how immediate it is – no editing, live cut and what you see is what you get. Everyone is on their toes and it’s maximum effort by all.”

He explained the main skills he had been able to bring over for the live touring sphere into the streaming world – namely his experience in editing for IMAG. “What is important to remember is that IMAG directing and vision mixing is non-editable. When it leaves my fingers, it’s gone, so it better be the best I can do. I like that pressure and excitement.”

He clarified that a rush is also attainable in the streaming world. “We all know how live shows affect us all, which is why there is an essential innate need missing from our world right now. This is not only a vocation but gives you the purest of pleasures, helping to entertain bazillions of people around the planet. This is the immediacy of both live streaming a camera cut of a performance and directing an IMAG show. For me, it’s about as exciting as life gets!”

Clearly excited about the prospect, Leach described some of the projects he was looking forward to in UNITY. “In the space each show can be personalised, bespoke and a one-off,” he explained. “I think that the key thing is keeping the experience gig-like rather than a sterile and identical one-size-fits-all sensation. Life doesn’t follow that pattern and everyone’s different. Their messages, poetry, music, performance, behaviour, body language is as irreplaceable as DNA. Accordingly, there are always methods to create a nod to each mood, song, and personality. I’m looking to do more at UNITY and having fun with themes.”

In closing, Leach described the space in the market, which he believes streaming could fill upon the return to traditional live events. “We will be working alongside more streaming faculties on the road,” he asserted, which he was keen to emphasise was a positive move. “This means more opportunities for audiences to experience a show while it’s happening rather than after eight weeks.”

Although he explained his “love” of editing concert films, the opportunity of streaming presented a huge opportunity for the industry. “Unlimited tickets can sell around the world and give greater interactivity. Streaming expands any venue exponentially past its capacity and the size of the camera package can expand and contract, making it very adaptable, versatile and budget friendly. I have so many ideas how this can fit alongside a tour, big or small – it’s all very exciting. Like a live video and audio bootleg – visceral and immediate.”