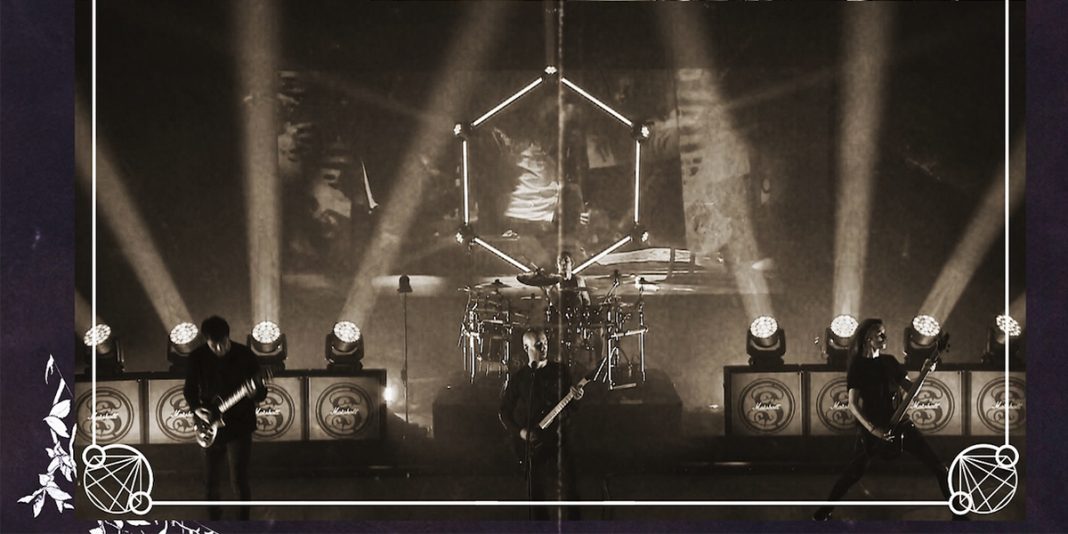 Award-winning Lighting Designer, Tom Campbell has thrown himself into several streaming projects during this strange time. “Right up until lockdown, I was on tour with The Subways,” reflected the LD, discussing how his last few days before the government-announcement lockdown. “We did a gig at Manchester Academy and, as we loaded-in, we got the feeling it was going to be the last gig of the tour – and after sound check, we had the official word that the rest of the tour had been postponed.”

It wasn’t long before the creative cogs began to turn. “The ideas of my first streamed show came in relatively quickly from a band called Sylosis,” he reported. “They were supporting Trivium for an online show and, as I had worked with them on a video shoot in the past, their manager gave me a call and we started throwing around a few ideas.”

The shoot took place at Liteup’s facility, a space often used by Campbell and the wider Mirrad lighting team. “The one thing I will say about this type of streaming show is the opportunity it gives support acts to put on a bigger show,” stated the LD. “As we all know, support acts often don’t get full run of a stage or even the lighting rig. However, for the Sylosis set, we were effectively allowed to put on a headline performance with an LED screen as well as the hexagonal set pieces we had made for a previous run.”

Although the world of streaming is currently expanding, Campbell explained that over the years, he was already used to putting on shows with one eye on a monitor. “Personally, I always light for both stage and the camera when both are being used.” He recalled his excitement for the opportunities that streaming could open for production designers. “The fact is, you can do more with a camera lens then you can do with the naked eye and there are multiple options out there to do some amazing effects for the audience at home,” he stated.

Campbell is also a proponent of the opinion that streaming can coincide with a live tour when the events sector opens. Although he was quick to point out that some work still might have to be done into finding more effective ways on monetising the medium.

“That said, it’s been really inspiring to see what others in the industry are doing during this time. We are a creative industry and people have really thrown themselves into other projects, from protests to other forms of entertainment. Even in this time, I have set up another company, which I hope to announce soon – it’s all about keeping busy.”

Hologramica: Another Paintbrush at a Show Designer’s Disposal