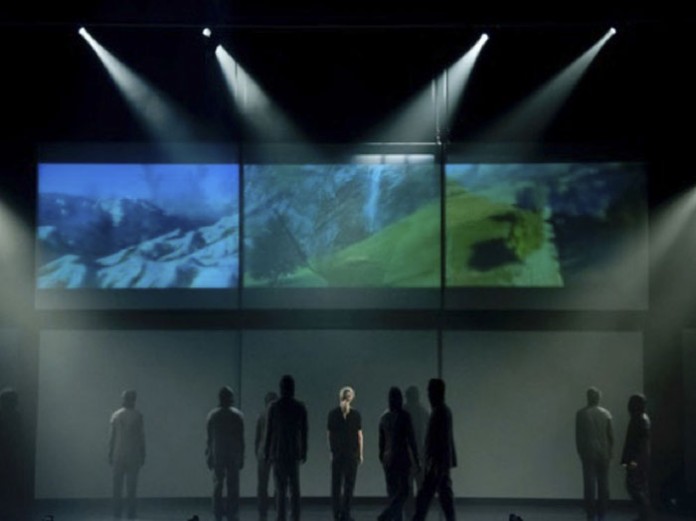 The talk celebrated his vision, humble Huichol roots, design collaborations, architecture and experiences including the famous Nierka performance four years ago. Nierka was the first project ever to use BlackTrax real-time motion tracking solution from CAST BlackTrax Ltd.

“I’m not just a lighting or video designer, I am someone who creates powerful trans-media storytelling,” said Martir.

BlackTrax was an integral part of the video element of Nierka, used to track four projection screens on wheels, while they were moved around the stage by the performers, to tell the moving representation and realisation of the human spirit around death.

“BlackTrax opened doors to how moving stage sets could be used and I feel immensely proud that since Nierka, it has evolved and is used in the world’s greatest multimedia projects such as Muse, Cirque, Disney and other global projects,” explained Martir.

Tupac Martir is recognised by Vogue magazine as “the visual designer and creative director behind some of the most important events in the world” and by Wallpaper* magazine as “a light magician”. Some of his best-known works have been with Alexander McQueen, Xu Bing and Beyonce.