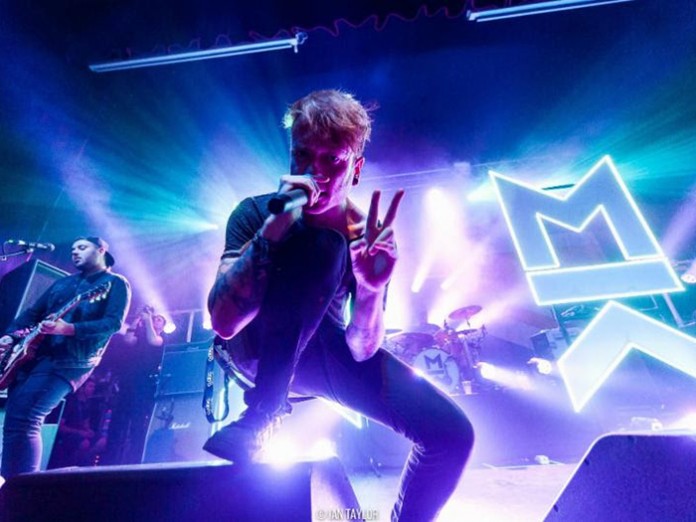 Lighting Designer Jordon Cooper armed himself with an Avolites Tiger Touch II with Fader Wing to control a series of dynamic UK homecoming gigs for alt-rock band Mallory Knox following their US tour.

“The band had been in the US for most of 2015 and wanted to create a big impact on their return,” said Cooper. “The Tiger Touch II, loaded with V9, is my first choice for this type of show. I designed the tour featuring a lot of multi-cell fixtures, LED tape and effects such as smoke machines and strobes, so I used the Pixel Mapper and Key Frame Shapes features, which offer a very quick way to create effects and it gives you a lot more control on how precise they are.”

The team opened each show with a giant Union Jack backdrop to mark the homecoming, and designed two large set pieces either side of stage which were based on Mallory Knox’s ‘MK’ logo, seen on the album artwork for Asymmetry – their second album. Both of the letters were outlined with LED tape, with individual DMX control. More than 35 metres of LED tape was used in total.

“The Tiger Touch II is great for fitting into small FOH areas – it doesn’t take up much space at all, and is light enough to move around easily,” Cooper continued. “Cloning, and adding fixtures into the show is a very easy process. Fixture swap couldn’t be simpler and the data merges across almost seamlessly. You can add fixtures into cues in just a couple of quick steps too and very few button presses.

“The screen is very responsive and the Titan software is very user friendly and intuitive. The Tiger Touch II’s layout is perfect for how I build my show files. The macro buttons and static playback faders are great for things like key light and effects units. I like being able to customise the macro buttons and essentially use them as extra faders. Being able to assign key profiles and different playback modes make it very easy to extend your programming and make use of these buttons as more than ‘workspaces’ or ‘macros’.”

The tour was supplied by Robbie Baxter at R&M Productions. The techs were Olly Suckling and Zac Leighton.

Mallory Knox played shows across the UK in the autumn of 2015, including a headline show at London’s Roundhouse.