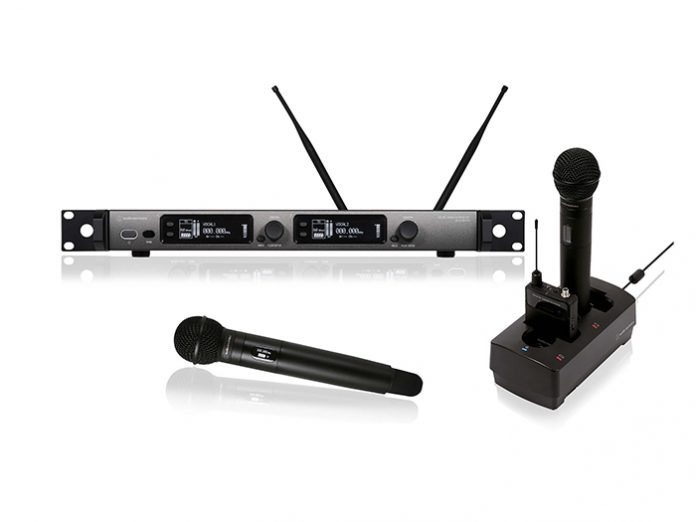 Audio-Technica has announced the release of its new 3000 Digital Series wireless system, which joins the original UHF-based 3000 Series in the company’s wireless offering.

With audio networking a key requirement for many users, the 3000 Digital Series receiver is Dante-enabled and ready to slot into any Dante network. Up to five ATW-DR3120DAN dual-channel receivers can be connected to allow a single pair of antennas to feed up to 10 channels of wireless, reducing the rack space required and minimising cost. Control of the system is made straightforward via software monitoring that gives access to frequency co-ordination, charging status and log display information.

Further networking and scalability options are enabled by the 3000 Digital Series’ support of IP touch panel interfaces from the likes of AMX and Crestron, allowing tight integration to existing AV systems.

The 3000 Digital Series also offers excellent security features. By using a 4-digit code as a common encryption key for the PIN code, only the set microphone and receiver are able to communicate, while an AES-256 (Advanced Encryption Standard) setting protects audio signals from eavesdropping and leakage.

In terms of transmitters, the ATW-DT3102 handheld transmitter is equipped with an industry-standard thread to allow use with Audio-Technica’s interchangeable microphone capsules – including those from its flagship Artist Elite range – as well as other compatible options. A unique multifunction button on the transmitter body can be used to switch immediately to a backup frequency on both transmitter and receiver should interference be encountered, guaranteeing uninterrupted transmission.