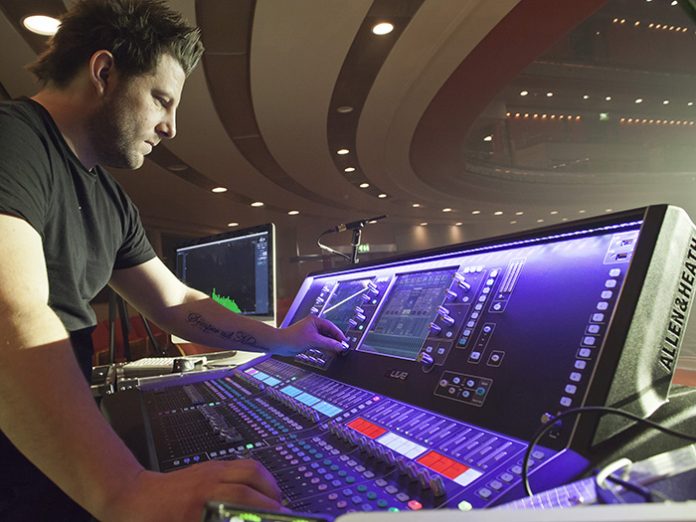 With 35 musicians on stage delivering arguably the greatest back catalogue of classic rock anthems in history, Led Zeppelin Masters is a live show that places great demands on a front-of-house audio setup. To address those demands production company Liz Hobbs Group relied on an Allen & Heath dLive S Class digital mixing system for its recent run of UK theatre shows, which featured Australia’s Zep Boys backed by some of the best orchestral players in the country.

The Zep Boys are well versed in fronting the orchestral extravaganza of Led Zeppelin’s best-loved songs, with a history that reaches back to 1986. Having recently invested heavily in the dLive series, Liz Hobbs Group turned to Allen & Heath’s flagship dLive S7000 control surface and DM64 MixRack to serve up the band’s impressively bombastic performance in venues including the London Palladium and Birmingham’s Symphony Hall.

Production Manager and FOH Engineer Paul Joyce also employed a Waves v3 card and M-Dante card for virtual soundcheck and audio networking duties during the tour. “The dLive is a brilliant system,” he enthused. “It’s very intuitive and I can lay things across the S7000 surface however I like. With an orchestral show like this – we’re at 64 inputs – you need that control.

“Things like the multiband compressor are perfect for helping to shape a mix, ensuring that the low strings and the electric guitar sit in their own sonic space, for example. In fact, all of the onboard effects are staggering and really help to balance the band and vocals against the orchestra and the stereo image that the dLive delivers is incredible.

“With two big screens in front of me I can have one with my scenes on all the time and one with effects – everything falls very easily to hand. It’s really helped me out with this show.”