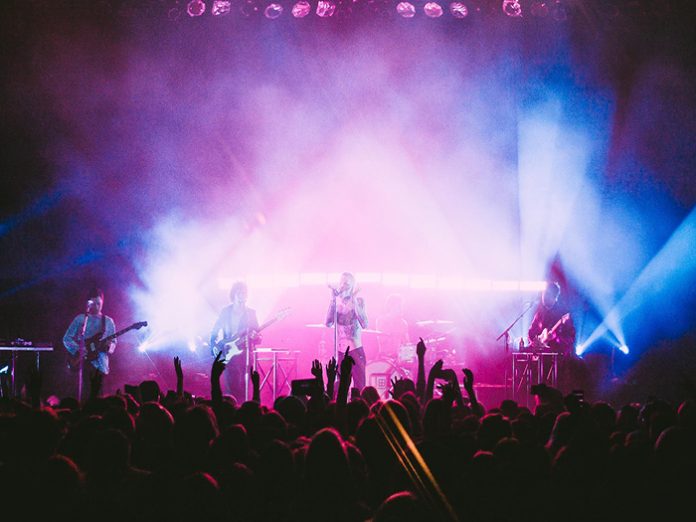 Since their start in Newbury Park, California in 2011, alternative indie rock band The Neighbourhood has gone on to chart multiple times in the US, release three albums (including the certified Gold album I Love You), tour internationally, and perform multiple times at Coachella. The band stepped up to an Allen & Heath dLive Digital Mixing System at FOH and monitors, with two C1500 Control Surfaces, a DM32 MixRack and a DM64 MixRack.

Monitor engineer Jason Hines sums up the dLive system as being “intuitive and flexible.” Hines noted a number of particularly useful features for touring monitor engineers. “The flexibility of the External Input to PAFL Source in the Surface Audio Preferences and PAFL Settings is amazing.

The way it is designed takes the annoyance out of talkback systems on stage. Another great feature that I love is the option of having an IEM fader and a wedge fader. There are 2 PAFLs and a master section, so you could really get creative. This flexibility is really dope. As a monitor guy, these features are crucial for me. I miss it when I don’t have them.” Hines continued: “I don’t have to go beyond the parameters of the console to outthink the desk and make it do what I want it to do. It’s all right there.”

Michael Bangs, Allen & Heath USA Live Sound Touring Manager noted: “We’ve seen a growing number of tours utilizing the compact C1500 for both FOH and monitors in a similar sort of setup as Jason’s. Having toured for years running monitors myself, I can certainly relate to the importance of having a super flexible workflow. dLive comes from that design approach—work with engineers, not against them.”

Speaking to the road-worthiness of the compact Allen & Heath dLive C1500 Control Surface, Hines noted: “The little desks we used were tossed up and down in the truck at least 60 times in less than 2 months. They were robust and they held together. I was also really impressed with the calibration of the touchscreen.

“On other consoles, that can definitely be an issue, but the dLive screen held up and was so accurate. And many times on tours I’ve checked a dLive on a flight as luggage. It is shocking to be able to get a robust and great-sounding 160 channel desk under the weight limit. That’s insane.”