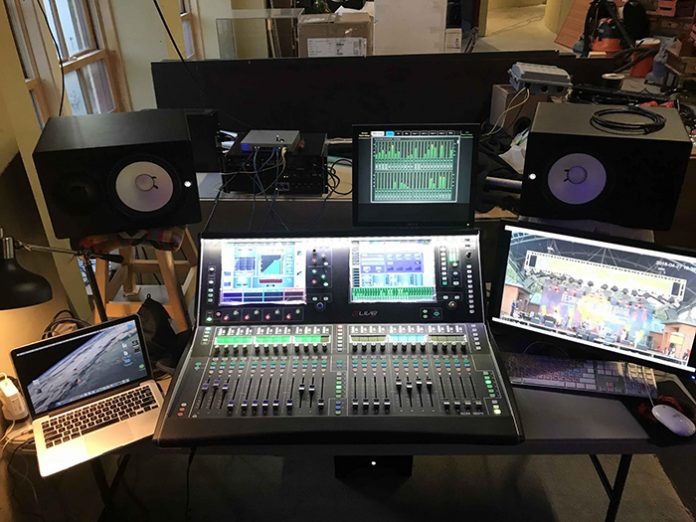 Paul McCasland of Show And Tell Productions mixed the live broadcast from a temporary studio in the nearby Lafayette Science Museum. “I’ve been doing this particular event for over 15 years,” he said. “And, this year, we had a 48-channel Dante split from the Main Stage fed directly to us over a fiber network.”

McCasland mixed down to a stereo pair-fed to another temporary studio in the museum where radio station KRVS combined the four festival stages with live commentary and interviews using an Allen & Heath SQ5 digital mixer also supplied by Show And Tell.

“Last year, I used an Allen & Heath GLD-80 digital mixer for this event and it was great,” said McCasland. “But, this year, I needed more inputs so I tried out a dLive for the first time. And, I was able to figure out everything and do all of the routing and configuration before the first band started. It’s very intuitive.”

“I have a couple of audience mics which add some ‘air’ to the broadcast mix,” continued McCasland. “I dialled-out the wind noise on those mics with a high-pass filter and used the channel compressors when someone started screaming into a mic on the stage. And, I was very happy with the onboard effects like the reverb. The Allen & Heath effects sound great – I can’t say that enough.”

“Next year, we want to get the other stages into my mix with Dante splits,” said McCasland. “And, I could handle all of them with one dLive. The beauty of this console is it’s pretty much what you want it to be!”