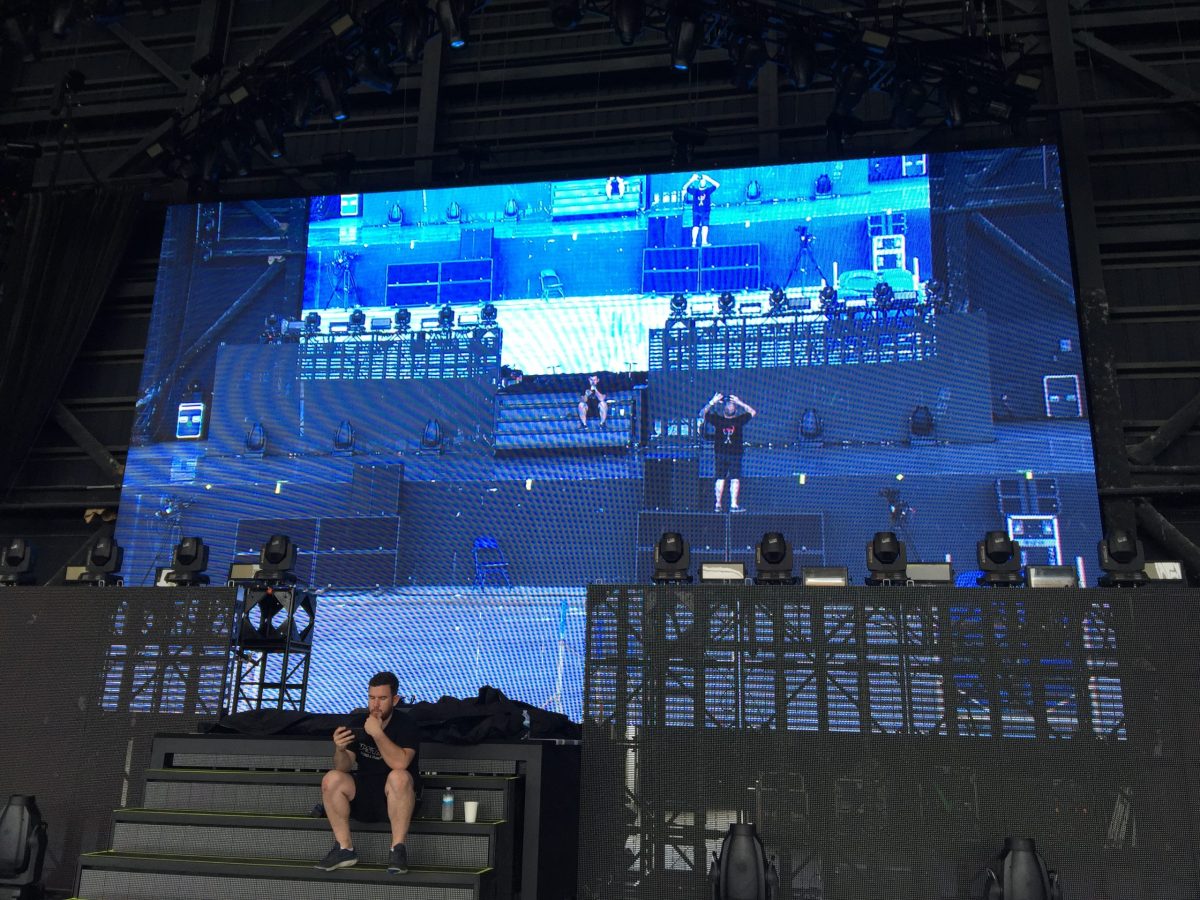 “If you had told Richard [Young] and I in 2012 that Load Cell Rental would be working for tours across the globe and be one of the biggest dedicated weighing services providers in the music industry, I doubt we would have believed it,” laughed Load Cell Rental’s Colin Luke, reflecting on 10 years of the company providing an invaluable service to the live entertainment industry.

Luke recalled how the idea for Load Cell Rental came about with the late Richard Young – who was just as well known for working with the likes of Radiohead, P!nk and Adele – saw a potential gap in the market.

“He’d found there was a lack of professional load cell suppliers where equipment was maintained and calibrated to a high standard,” stated Luke.

“He purchased 30 Motion Labs wired load cells, which he’d started using on tour. He then asked me if I’d like to help him with this new venture in April 2012. By June of that year, I was a full-time employee of Load Cell Rental and I have not looked back since.”

In 10 years of business, demand for Load Cell’s offering to the market has increased with wireless load cells becoming ‘industry standard’. “The early wireless cells were simply not up to the task with insufficient range to provide a reliable signal and readings,” explained Luke.

“Version three BroadWeigh cells changed the industry’s perception. We still have a stock of 400 Motion Labs cabled load cells and where safety critical weights are concerned a cabled system is still the best fit. However, for our weight report service where it is completed in rehearsals, the absence of cables is by far the best option.” This adoption of load cells has seen many productions moving away from calculations and it becoming more normal to weigh shows in rehearsals.

“Shows are getting heavier despite components becoming lighter,” stated Luke. “Designers seem to be using the weight saved by more modern equipment to use more lights and projectors, bigger video walls and special effects. This is beneficial to the Load Cell approach where weighing the entire rig can result in huge savings. We regularly see two-tonne motors dropped to one-tonne capacities. On one tour, we even saw 12, two-tonne motors cut from the rigging altogether, making load-in a bit more pleasurable.” Like so many businesses amid the pandemic, Load Cell Rental closed the doors to its office space and kit was put into storage.

“We had to diversify into the corporate world,” he said, reeling off jobs the team had been involved in, from weighing cars and aircrafts to wind turbine components. The turn of the new year, however, has brought renewed optimism to Load Cell Rental. “We have picked up a share of a new market and have had more new clients using our services this year,” commented Luke.

“We have multiple music tour bookings taking us into 2023, but our biggest step forward has been in the corporate world with clients utilising our weight reports for suspended loads wherever they may be – from hanging off the side of a skyscraper to hanging items in shopping centres.” Luke closed by paying tribute to Load Cell Rental founder, Richard Young, who sadly passed away in 2021. “Richard identified the gap in the market that would allow Load Cell Rental to be established and grow,” stated Luke.

“Even though he was not involved in the day-to-day running of the company, his constant presence behind the scenes was a huge driving force within the company. I think that lasting legacy in the form of Load Cell Rental will continue to raise safety in the industry. I know that given some of the things we have helped to make safer in the past, it is inevitable we will have a direct influence in making the industry safer in the future. We are not finished yet!”

This article originally appeared in issue #270 of TPi, which you can read here.