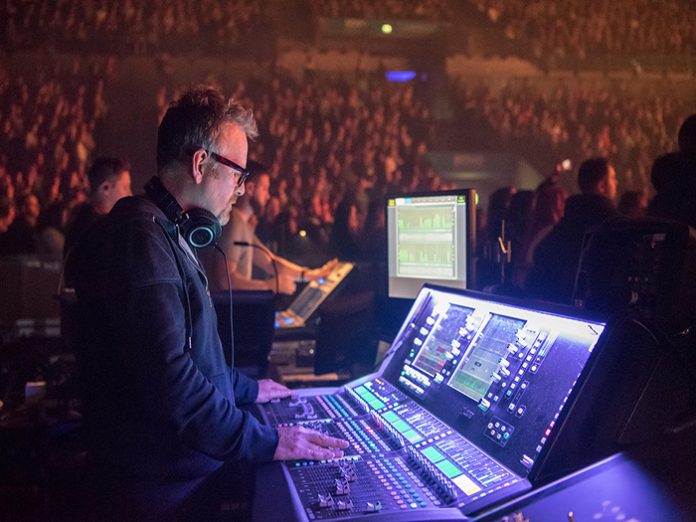 Celebrating the 10th anniversary of the release of their eponymous debut album, Irish rockers The Script are currently on a world tour, with FOH engineer Steve Pattison (Amy Winehouse, Wet Wet Wet, Glasvegas) behind the controls of an Allen & Heath dLive system.

As Pattison explains, he chose the Allen & Heath dLive primarily for its overall sound quality and powerful built-in DEEP processing.

“The dLive system is really clear and open-sounding, so I can mould the sound and tones of the instruments to get the result I want,” Pattison said. “If I want to warm up an instrument and give it a valve edginess I can do that, just by choosing a preamp from the library and tweaking away. It’s an easy to use console and when something is simple to get around you tend to really explore it and get more out of it.”

“The flexibility of input and output formats is unsurpassed too – I used the Waves and Dante cards for recording and virtual soundcheck and the two of them allowed me to get a backup recording on certain shows. The comprehensive monitoring and set-up page makes everything very easy to set up, which is great in festival situations, when you can simply point a recording truck in the direction of the superMADI card and they can get whatever format they need.”