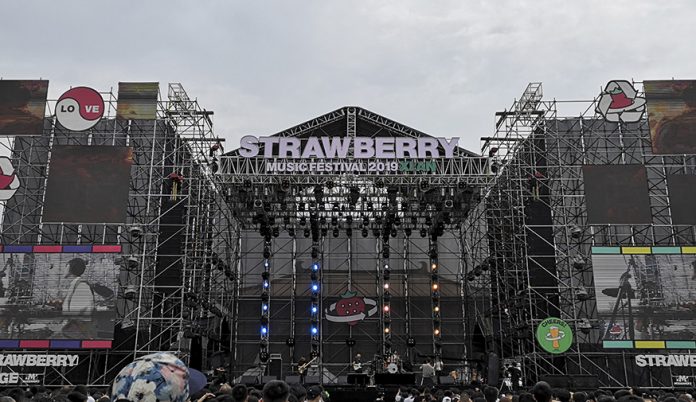 Marking the start of the summer season in China, the Xi’an Strawberry Festival was one of the first major multi-day festivals of 2019 and featured a Martin Audio PA on the main stage.

Modern Sky, the company behind the Strawberry Festival and a number of other large music festivals, has a long-term relationship with Beijing Pacific Budee and Martin Audio that dates back to 2012. Since then, the Strawberry Festival has been held over 75 times in 27 different cities and Martin Audio’s line arrays have always played a key role. In Xi’an, it was the classic W8LC that helped to unite the audience, and production deployed 24 W8LC elements aside, with 16 WS218X subs.

“Modern Sky has been big fans of Martin Audio for many years and regularly use it at their indoor and outdoor venues. For Budee, we are happy to supply them with all their needs and have worked well together,” stated Budee’s Strategic Alliance Manager, Brandon Chemers. The festival brought a new youth spirit to China’s old capital and started off the season on a rocking note.