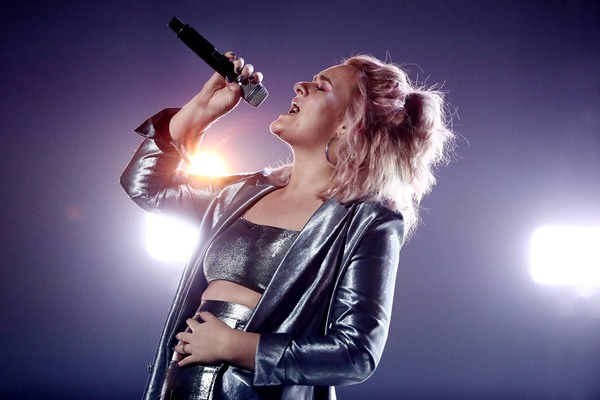 Florien Wieder of Wieder Design stunning design included multiple LED screens and a strong video presence defining the space, building on the look that was such a big hit with everyone in 2016.

A creative team from The Squared Division came on-board for 2017 alongside series director Julia Knowles. The executive producers wanted an immersive feel to the show, so the 3mm high definition LED screens gave a wide and apparently continuous look, with some discreet breaks in between that were filled with concealed lighting.

The base lighting package made up of the 300 plus Robe units – was used for each weekly live show, supplemented with different specials that were added for each song; 48 Robe Halos for Week 5, while Robe MegaPointes and Spikies were the main feature lights for 2017.

A further 20 Robe MegaPointes sat above the stage, rigged around its perimeter, with 23 dotted around the main lighting rig. Robe Spikies were installed in the gaps in between the screens, enabling a myriad of looks. Robe onePATTs were rigged in the mezzanine and balcony areas of the set and around the audience.