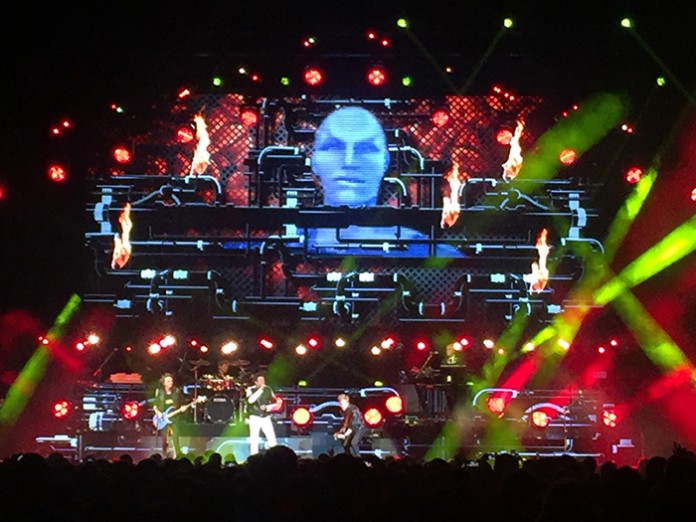 Video Design has provided screens and video infrastructure for Take That’s latest Tour; Wear the Rose at the O2 London for the Rugby World Cup and all of last summer’s concert events at Hyde Park.

Video Design Founder Alex Leinster said: “Yes, you could say it’s been a busy start. In fact we’ve only now found the time to launch our company website. But for a young company we have a solid base of experience and frankly there’s nothing we like better than engaging with a variety of demands.

“What we’ve done for Marina and the Diamonds and Duran Duran are good examples.”

Show Designer for Marina, Lighting Designer Rob Sinclair, explained the video contribution: “Marina is very aware of the expectations of her fans. Although sometimes not as deep, the stages she plays in the States tend to be slightly wider than here in Europe. That said, she was determined her loyal following should see the full show, no matter how difficult.”

Inevitably that involved some reconfiguration, not least the LED screen from Video Design that forms a backdrop to Marina’s performance.  He continued: “We have moved it upstage but in an elevated position, so from the audience perspective the show presented here is very much the same show fans saw in the US.

“Neg Earth, who provide the lighting system, arranged with Alex Leinster at Video Design to do something ground supported. I was pleasantly surprised when I saw the result in rehearsals at LH2. The screen sits on a 12-inch truss and in fact I have to say it looks pretty elegant.”

Vince Foster has been Designer to Duran Duran for the past 20 years, but like so many, this was his first encounter with Video Design.

Foster said: “This is a new show design. The back of stage is dominated by a 12-metre wide by 5.5-metre tall, nine mm resolution LED screen, while the set has three curved strips of video LED that run like ribbons through the stage.”

All from Video Design, two of the ribbons curve and intersect behind the band, while the third dresses the front of stage. He continued: “It all turned up on time, no hiccups and ready to go. The custom work Video Design had to do for the curves all looks the part and I’m very pleased with the overall appearance.

“Alex Leinster, the owner of the company, has been here right through rehearsals and he and his crew have all been tremendously helpful. Nothing is too much for them.”

Leinstar concluded: “I want to publicly thank all our personnel. We couldn’t do it without you. Nor the designers and production managers who have shown such faith in us.”