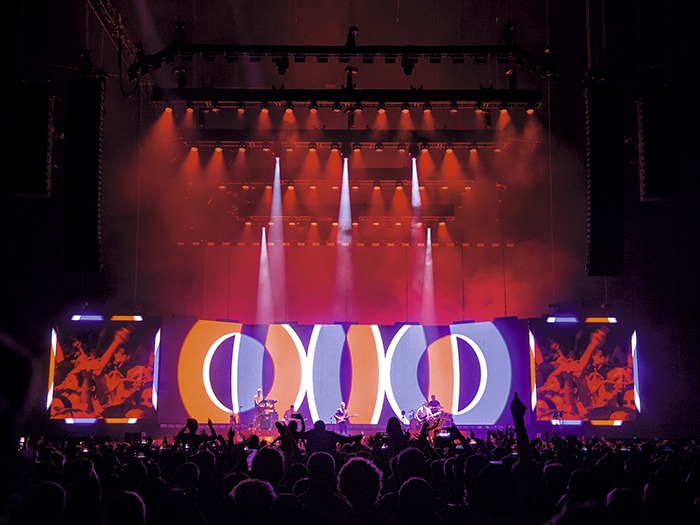 Two Door Cinema Club ascended from the indie ether in 2010 with their platinum-selling debut LP Tourist History. In the six years that followed, the Northern Irish band toured the world, headlined festivals and frontman Alex Trimble sang as part of Danny Boyle’s 2012 London Olympics opening ceremony. After dropping Beacon in 2012 and Gameshow in 2016 – both albums charting in the Official UK Albums Chart top five, the band took a well-deserved studio hiatus in 2016. Now returning to the stage with the release of their highly anticipated fourth album and tour, False Alarm, the three-piece have upped the ante, with
bigger and better production values than ever before.